Mighty Mouse in the constituency but Mini Mouse in Dail Eireann

The late Jim Kemmy once brought howls of laughter to the Dail when he used the above to describe the ceaseless posturing of Willie O’Dea. I am reminded of that gem because I’m worried that some government TD’s may be suffering from nausea after their endless U-turning on Budget ’09. I’m not surprised Brian Lenihan now looks like a rabbit caught in the headlights as a week ago FF back benchers gave him a standing ovation on TV while now they are queuing up to call RTE Radio for a review of the proposed abolition of medical cards for over 70’s.

I’ve always valued FF voters as most are from lifelong FF families. They don’t change their minds often. As someone who wouldn’t

change his own vote, I really appreciate if an FF voter says they’ll back you. It’s something I could never say back to FF. I don’t think I’m the only Labour councillor who is getting that type of feedback lately. That’s why I admire Joe Behan and what he did, He’s turned his back on the politics of speaking out of both sides of the mouth. I note Joe Behan mentioned education cuts when he took what is a brave step in slamming the FF door shut behind him. However the focus has deliberately been taken off his courageous action by the smoke and mirrors of other FF backbenchers happy to say anything on the national airwaves on Over 70’s med cards to get the media off their back about every other cut in the budget package.

A week on from the budget and other than1982 I cannot remember a budget that has been as controversial. Medical cards for Over 70’s and the 1% levy grabbed the headlines but as a teacher I always look at education estimates and budgets. What struck me straight off was the clinical shafting of everything that schools try to do. I have never seen such a blatant attack on the majority of second level schools. Cutting every school means that well funded schools lose a little but poorly funded schools lose a lot.

There’s 32 cuts. They include grants for Home Economics, Physics, Chemistry, Equipment for Resource Teachers, Paid cover for teachers out of school on school business, Centre 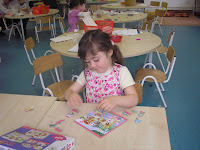 for Talented Youth, Educational Disadvantage Committee, 1,200 second level teaching posts and 200 other primary posts are gone. Funding for English language support teachers, secondary school buildings, LC Applied Programme, LC Vocational Programme, Transition Year, Back to Education Allowance, school libraries, school transport, IT, youth services, traveller education programme is cut. To be fair to FF & The Greens, something’s have gone up. Student Registration fees up to €1.5K, Pupil Teacher Ratio, the retirement age for some teachers and the price of books in disadvantaged schools.
If there’s one that really is beneath contempt it is their decision to postpone the EPSOM Act. This act is a commitment from 2003 and the national euphoria following the Special Olympics in Croke Park. It was a promise to those children with special needs that they would have a right to an education plan for their developmental needs. This act wouldn’t cost a bob but its funding implications for schools and services would presumably put a strain on FF and the Greens need to cut stamp duty for commercial develope

rs or the remove value for money criteria for public contracts for Tom Parlon’s buddies. The reality is that childhood development is not like infrastructure, you cannot delay the emotional development of a child and expect that when resources allow you can come back and start up where you left off. What FF and the greens are going to learn is that school kids are not like bicycles that can be parked in a shed on a wet day and taken out when it’s sunny. This government need grinds on education and I think they’re about to get it! Next week Labour table their motion on class sizes and lets see FF TD’s support their local schools.

When you look to children’s welfare before they get to secondary, class sizes in primary are going to be dreadful and the Centre for Early Childhood Development Education has been closed.

Then when those same students leave second level they now have a college fee of €900 to pay and the nightmare continues...

If they do not make college, the National Adult Learning Council has been abolished.

If people with disabilities and the aforementioned children with special needs and or their parents want re-dress the Office of Social Inclusion and the Equality Authority got a hammering.

For the parents who are in financial trouble, the Combat Poverty Agency (which labour re-established after FF had destroyed it before) has been axed and the MABS service has been assigned to the Citizens Info Board.

For all the foreign nationals who do sterling work in Ireland (in jobs that Irish people will not do) the National Consultative Committee on Racism and Interculturalism has had their funding ceased.

So all in all, a fantastic future if you're rich and if not, well the government don’t care and they will take you medical card to boot...

I think the scenario you paint is accurate, what shocks many is that it has happened so quickly. I fear that this recession will be much worse than that in the 80's. however what gives me hope is that the sense of outrage has been bought off by the Celtic Tiger and that pensioners can show younger people how to make the government sit up and listen. Values of community and and need are reasserting over those of acquisition. This can only be good. I'm glad something positive will come out of the economic shambles.

I recently came accross your blog and have been reading along. I thought I would leave my first comment. I dont know what to say except that I have enjoyed reading. Nice blog. I will keep visiting this blog very often.