On Thursday I read a piece by Kevin Myers in the Indo. Living in an estate called Cromwellsfort within sight of where Cromwell's artillery attacked Wexford, I was interested in Kevin’s “subjective” defence of Oliver Cromwell’s Irish Campaign given that he doesn't refers to 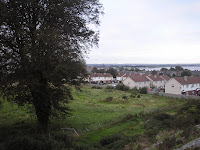 Let’s be objective to start, Cromwell held the crown to account. He was the first commoner to run a major country in Europe. His Puritanism alienated the aristocracy, no bad thing at the time and is effectively the father of English democracy for putting parliament before princes for which Michael Foot rightly credits him. Cromwell’s campaign in Ireland is now the subject of a 2 part TV series that concludes on RTE1 on Tuesday night. I watched last Tuesday’s programme with interest rather than the hysteria suggested by Kevin. During the week I discussed it with a member of the Wexford Historical Society. Where I have difficulty with Myers' article is his critique of the series for following an terrorist's agenda and an apologia for nationalism. Myers starts by attacking the programme makers for exagerating numbers massacred in the 1641 Ulster rebellion. Myers says it” was presented as an accident beyond the ken of Owen Roe O’Neill”. Myers says thousands of English and Scots were massacred by Catholic Irish. James Scott Wheeler, a military historian who defends C

romwell in his 1999 book “Cromwell in Ireland” says Cromwell was not genocidal but was typically anti-Catholic. Scott Wheeler accepts reports of a massacres in 1641 were exaggerated. He puts the total number killed on all sides in the rebellion as 4,000. Hundreds rather than thousand died in massacres. Given the reality that O’Neill didn’t return from Europe to take command of the Irish until the following year, what Myers expected him to do about the previous year’s massacre, he never elaborates.

Myer’s goes on”Most Irish people believe that the people massacred in Wexford and Drogheda were conventional Irish people in the sense that the term “Irish” is understood today. They were not, Irish speakers were not the victims of those urban slaughters”. Nobody ever said the townspeople were Gaelgoirs. Myers completely misses the point of the unique complexion of the Wexford people. What does being Irish today really means? Colm Tobin speaking on the Late Late show last week put it very well, “Wexford is the real Ireland, everyone has passed through here” T 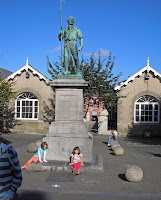 he imminent local historian Billy Colfer describes in his 2008 book the townspeople as mostly Catholic of old English, Royalists, Normans and Irish extraction. The town was a base for the confederate navy and privateers who threatened trade with England. English was spoken in the town. Scott Wheeler describes how negotiations with Mayor Synnott stalled. A commander called Stafford eventually reached his own deal and allowed the New Model Army take the south end. The citizens of the town were slaughtered. The town’s market centre the Bull Ring was the scene of the worst atrocity. Local Franciscan friars were among hundreds slaughtered here. Discipline broke down. Cromwell’s soldiers ran amok. Townspeople attempting to flee by boat across the Slaney were shot by Cromwell’s men.

The slaughter of the town was a failure of strategy, Cromwell won the town but what remained was incapable of helping him move fast. A potential population base to draw resources from was put to the sword. When October 11th was over 2,000 soldiers and 1,500 civilians were dead. Cromwell reported no remorse for what had happened to parliament. Cromwell subsequently moved west suffering an initial serious reverse at Clonmel and failing to take Waterford.
Wexford rightly marks the counties role in the 1798 rebellion. Liberté, Egalité, Fraternité are principles that underscore not just the United Irishmen but also the Labour Movement. These values are commemorated around the county with statues and the liberty tree in Wexford’s Bull Ring. The victims of Cromwell’s stormtroppers are not commemorated and I would hope that that oversight would soon be reversed. Kevin Myers has unwittingly done the people of Wexford a service. Keep it up, Kev!