Wexford’s economic slide accelerates as FF/Greens do nothing 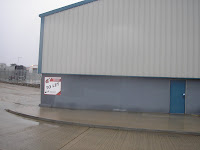 News over the week-end that unemployment in Co Wexford now exceeds 11,000 is something that I’m not hugely surprised at. Put it like this, a county with just 3% of the Republic’s population is over represented in it’s unemployment figures by about 33%. What is galling about the lack of government response is that FF blame international factors and the greens still want us to believe that they’re in opposition still. Nobody wants to t 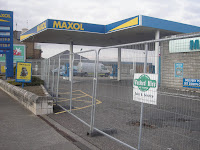 ake responsibility for the problem and certainly our present minister who is now being mentioned in the same breadth as Sarah Pallin has no idea how to go about dealing with it. There hasn’t been a word form either party in Wexford in relation to our economic problems. I smile when I read commentators say Labour is offering no alternative to the economic collapse, the fact is that the government who should have a response has no response at all.

One sector of unemployment that is mostly ignored is youth unemployment. In Wexford district this has gone up from 700 in May 2008 to 918 this October. The increase of 31% has gone unnoticed. Unemployment increases have been mostly attributed to the collapse in the building industry. This is partly true but doesn’t tell the whole picture as retail and manufacturing (what’s left of it) go into a tailspin. Lay offs and short time are features of the motor trade locally as a petrol station closed last week, Dunnes Stores has closed on Wexford’s Main St. Toymaster and Furniture Depot shut their doors too. The wider construction business has also suffered, architects, engineers, builders suppliers, solicitors, auctioneers, and building material have all felt the cold wind of recession. 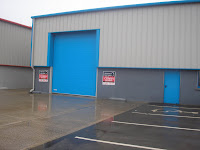 Empty units like the one's shown are easily found in Wexford.

Mostly young people who never experienced a recession before are now finding that a bust does follow a boom. The over reliance on multinationals, tax breaks and the property sector has undermined our small business sector. Manufacturing continues to flatline. Where is the policy to support innovation, R&D and new ideas? Any tax breaks that went in the budget were to the corporate sector. FAS has an enormous budget but as yet they have yet to make inroads on the numbers of young on the dole. To make matters worse, numbers qualifying for the Back to Education Allowance have been reduced in the budget. So, no extra money for education, no initiative to expand Community Employment Schemes and FAS out of the picture. Is the government falling back on emigration to sort out the problem of youth unemployment as they did in the 50’s?

The figures don't surprise me at all Joe. Even in the boom times virtually all ofthe economy of Wexford town was built on the success of the construction industry and the bustling weekend away/tourist trade. Construction has cannibalised itself through its own greed and also through the inertia of the last government. The reliance of the town on the disposable income market of weekends away for Dubs and as an Irish holiday resort was not the smartest move.

Admittedly who were we to turn that money away wheh it was being dangled in front of us, but where were the politicians when this was happening. They should have been strengthening the economy with solid manufacturing jobs that provide above average income year round to people. Whilst there have been successes of late with the imminent arrival of Zurich and Coca Cola to town there is still a vast chasm between what Wexford has received and what other towns of the same size have received.

I'm originally from Wexford and lived there until 1996. Since 2002 I have lived full time in Clonmel, a similar sized town which has the following multinationals in the town:

That is just the list of the main headline grabbing companies - they all have companies (such as my own) supplying them.

Clonmel just like Wexford had a construction boom, admittedly its tourism offering is a small fraction of what Wexford's is. The above list is testament to the towns ability to attract and maintain high value businesses.

Wexford has ABS Pumps, Carl Zeiss and Waters and a few more.

I have attended numerous Chamber of Commerce type events and when I say that I am from Wexford the general response of people that I talk to is amazement that a town so close to Dublin with excellent infrastructure and a large population hasn't got more in the line of world class manufacturing sites.

Perhaps there is a feeling in central government and the IDA and Enterprise Ireland that Wexford and Kilkenny and a few other towns and small cities are to be the weekend playgrounds of the industrial masses. It seems that there is a desire that both sectors can not co-exist within the same town.

Party politics aside I believe that there needs to be a concerted effort on the part of all elected representatives to get out there and sell Wexford to companies. Perhaps there are initiatives already, but they have had only moderate success.

Tullamore, a town which has little to offer even the most easily pleased man in the world has a business park full of top class multinationals in the Srah Business Park. They have done so without a third level college in town (of any note) and being in the midlands where infrastructure and broadband connectivity leaves a lot to be desired regadless of who their local TD is.

I wrote a very late night blog post on a similar subject about a week ago and only posted it on Friday. Have a look if you like. Wexford really is the forgotten town.

Its as bad here in Mayo where our figures have doubled in the year.

This shower can't be trusted and they have no plan or idea for getting us back on track.

These figyres do not surprise me either. Wexford for many years have been left behind an even in the boom period, we were always the "poorer cousin". A couple of factors, I believe that has and will continue to hinder Wexford are:

* Dreadful broadband penetration and what is there is monoplised by eircom - the council spent millions putting in the infrastructure and yet when you ring up eircom for connection they couldnt be bothered. My mum lives in Francis street, about 30 yards away from the FDYS centre which advertises its internet services (broadband provided by hardwire the council installed and eircom rent) to be told by eircom that there was not a service in your area. You ring up Irish Broadband and they are just a clueless. How the hell are we supposed to attract business, especially foreign interest, if theycant contact their parent company except by using morse code and smoke signals - oh hang on youre not allowed to smoke in the workplace anymore!

* Lack of third level college. This has many impacts. Lack of local education centre to concentrate on an industry, train the young people and then "fasttrack" them into the company. Think of Athlone with amazing chemistry and computer sciences and what big multinational factory is beside the college - Elan. No college also means our young people have to leave the county and then will not return as the jobs are not there when they are qualified. not to mention having no college stunts the growth of all the political parties as a local college is the recruiting ground for many the party...

I suppose, with the fact Wexford has no large industry left, at leat we will not feel the effects of massive lay-offs like other areas as the jobs are no there to be axed. The largest employer in the county is the County Council. Wjhat does that say about Wexford?

Wexford Musings - interesting comments. The broadband issue is a significant factor in the lack of businesses locating here. But it is not the main one.

Your point about the college is valid, but I would have to disagree. Take a look at Limerick - they have the LIT and UL. Both of those institutions churn out the best and most capable science students every year. But Limerick has damn all in the science sector to encourage those students to stay. They have Vistakon and Stryker with a combined workforce of just under a thousand. The main gripe of Limerick students that I hear every day is that they want to live there and work in the science sector but it is not feasible. Most end up moving or commuting. A larger percentage than is acceptable take non science related roles and let their great skills go to waste.

Tipperary on the other hand has an enviable life sciences cluster yet the third level institution in the county - The Tipperary Institute does not offer one science related course. T.I. instead decided to offer business degrees (just like Waterford, Cork and Limerick just down the road) and until last year and e-commerce degree (class size on graduation day - two).

In short, our education system does not bear any resemblance to the need that is out there. Yes, we do have the courses but not in the places where we have the need and that is why there are areas with staff shortages, because people don't believe they should have to move from Letterkenny to Dungarvan just to get a job in the subject they studied for 4 years.

Finally we need to ensure that WIT becomes the University of the South East and that Wexford and other areas secures outreach elements of that University. I think we would be better served in that manner than having individual institutes such as T.I in each county.

Congrats Joe on the continued development of the blog. I posted a similar press release on unemployment myself recently at http://thelooneyleft.blogspot.com/2008/11/press-release-local-unemployed.html . Keep up the good work.