I fought Finance and Finance won.

To paraphrase Joe Strummer and Mick Jones, Justice Minister Dermot Ahern has been bowled over by the new wave of fiscal rectitude. He looked across Stephen's Green towards the Department of Finance and promptly hid in the basement when it came to budgets. 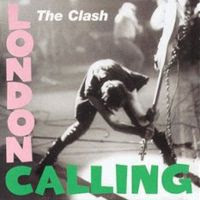 The Clash rose to prominence with their warning to British society in the late 70’s as to where urban alienation would take them. Sure enough along came Margaret Thatcher to prove them right in a brutal summer of 1981 that saw Strummer’s “Guns of Brixton” acted out for real 2 years after he recorded it. The implicaiton is clear, stringent policing, short sharp shock was the cliche, cut funding to commumities and the results were disastrous. The nature of policing in any community is esential towards holding together citizens by re-inforcing their stake in society through their security.
Suddenly it seems we’re going to do a u-turn on spending on garda numbers. Dermot Ahern has flagged that today that numbers are going to drop. I’m worried that it will see a reduction in the work that gardaí do that is time consuming and perhaps do not grab the headlines.

I’m worried that it will see rural areas without a garda presence even more than at present. I’m worried that it will mean a town like Wexford where gardaí are stationed in a building built in the 1930’s won’t get their new station. There’s a dogmatic left view of the garda that they represent authority, don’t live in the area they police and as a consequence should not be trusted. It’s not a view I’m inclined towards seeing as I do how they operate on the ground. Policing is a bit more complex than the classic scientific analysis from a sociological textbook. To be fair the PSNI has significantly changed in its approach and culture over its RUC predecessor. I’d like to think that An Garda could move on too. But for this they need money.

I’ll give you just 2 instances; community policing and juvenile liaison officers (JLO) but I could give you more. Is it not more effective to deal with problems first where they arise rather than allowing a problem fester? Both these approaches work and I think many councillors would like to see these schemes extended. They are very effective because they embed the garda in the community where they should be. In the 80’s people complained that gardaí were in squad cars and as a result some communities in particular in inner city areas were effectively thrashed by gangsters running a black economy in heroin. The response is to patrol on foot with officers who are known to the community. This works very well, slowly but surely gardaí on foot and on mountain bike are reshaping how policing is seen in communities. In Wexford we have a number of community gardaí. They are well received in the allocated areas and I’m always looking for more. However now I’m expecting to hear the management on the ground to predicate suggestions with “where resources will allow”. Not their fault, I’m the first to accept that.

You see communities hopes were built up when Fianna Fail were elected to power on a promise of zero tolerance. The notion caught on even though the Garda Commissioner at the time poured cold water on the whole idea as a gimmick rather than an effective policy. FF sold the idea to voters who were fed up with the rise in violent crime and the apparent ineffectiveness of legal measures to stamp it out. Garda numbers were promised to go to 15,000 by 2010 and 16,000 by 2012. Dermot Ahern campaigned on this at the last General Election 18 months ago. Only Fianna Fail can look you straight in the face and tell you that for the next step forward you must take 2 steps backward! That’s why the New Year holiday is used to announce reductions in garda numbers. I think that there’ll be zero tolerance shown to this type of spin in the 2009 local elections.
Posted by Unknown at 7:28 PM