Lisbon 2 slipping away as the government sleep walks again 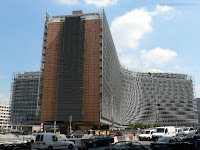 It’s a little over a month to the re-run of Lisbon but you wouldn’t believe there’s a campaign on. The government is asleep at the wheel. The Taoiseach who promised to lead the campaign has been invisible for the last month. Fianna Fail’s organisation which is in no order to fight a campaign after the kicking it got in the locals, is moribund. The Greens are agonising over NAMA and will be re-negotiating the programme for government.
On top of all of this is a government that is complacent because of the polls and while they secured clarification of matters arising from the issues identified by the Oireachtas sub-committee set up in the wake for the Lisbon 1 defeat, there’s a presumption that the people will turn out and will beg forgiveness from FF & The Greens on October 2 and nod it through.
As someone who lays a huge significance in particular on the Charter of Fundamental Rights as an advance for the citizen and I instanced at the last referendum how it could advance rights in education, an area that the EU has been happy to leave to subsidiarity , I’m pleased that our education system may have to justify itself to international norms under Lisbon. In the past I’ve voted for Lisbon and Amsterdam but against SEA, Maastricht & Nice. I’ve always believed that because treaties are so complex that you’ve got to decide on balance either yes or no. There’s always something that’s beneficial and something that’s detrimental to each nation in EU negotiation, you won’t get everything and what’s agreed is a compromise of all nations negotiating, So what’s important to me is not what’s agreed but who’s there negotiating and what they stand for. A Europe governed mostly by right wing parties gave us Nice and the SEA. 20 years ago the balance tipped in favour of corporations and market interests while the citizen was seen merely as a consumer in Maastricht & Nice. 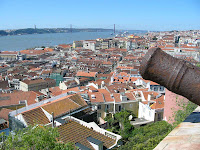 Ultimately it’s a matter of trust. Labour was lucky in having Prionsias De Rossa as part of the team at the early stage of the treaty discussions. Do I think he’d sell out the interest of ordinary people in this country to people like Berlusconi? Do I think that grandstanding on issues like abortion and neutrality that have been dealt with in previous treaties is the way forward? Talking about trust, Would I lose sleep at night if Charlie McCreevy or any other right wing Irish politician wasn’t in the commission? You should know the answer on all of these.
Talking about abortion, it’s not the way I’d be happiest with but then I’m a democrat and I believe that if a society puts in place a right that you can’t take it away unlike the People’s Movement who want referenda every week on the same issue)

But what mostly worries me is that many other people would share my views and yet they now distrust the political class because of the government’s incompetence. I think that if nothing changes in the next month that it is likely that the people will once more reject Lisbon and then we as a nation will be in a very serious position. The problem for the government is that it may be rejected for different reasons now, NAMA, the banks, unemployment, cuts etc.
One FF TD quoted this week says he detects a death wish among the people. I don’t get that at all, the Irish people still want what’s best. The problem for FF & The Greens is that they see this government delivering the worst, the people have given up on them and can’t wait to see the back of them.
Cowen to go after Lisbon 2 is beaten, a general election of national renewal to follow will see Labour in power driving the agenda of government. That's the best Europe can hope for and that Ireland can offer.
Posted by Unknown at 1:02 AM

I voted No last time nd I'm voting No again. The EU is rubbish. The Lisbon treaty guarantees that even more of our life will be ruled by an undemocratically elected commission. I don't want the likes of Charlie McCreevy telling me how to live my life.

I'm voting no again. No to increased powers for an unelected commission. The Irish people were right to vote No first time.
If there was a Europe wide referendum the result would be No. The moribund Yes campaign is a result of the fact that this treaty is flawed and no-one can defend it on the doorsteps.

Rory,
I've voted no and yes in the past, I remember what this country used to be like 35 years ago, a ban on married women working in the public service, lower levels of social welfare for women, little investment in schools or colleges, our waste water treatment, roads, & rail. I got an ESF grant to go to college, paid my fees because I got a job in Germany and until Yugosalvia fell apart never saw a war on European soil. Few others can say that.
I'm not saying that the EU now is ideal, I'd love to see a Commissioner for health or education sending directives to Ireland as to how health services or education shoulld be delivered. I'm very unhappy at the hijacking of the EU by a free trade mafia that reduce living standards at the expense of ordinary peoples living standards through in particular the Nice Treaty. My feel is that with the Charter for Fundamental Rights it acts as a counter balance for the citizen. The charter is worth voting for.

The problem with Irish membership of the EU was that vested intersts like farmers, business people and corporations have free wheeled off the back of our citizens and German subsidies. If I was a German, I'd be asking questions as to why they were bankrolling incompetence.

I appreciate your response. I also got an ESF grant to go to college and worked for over three years in Germany. I have always regarded myself as pro-european, but this treaty is a step too far.
It is fundamentally undemocratic. I will not give an unelected commission the powers that this treaty gives.
I reiterate my point that I think this treaty would be rejected in many, if not all member states if it were put to a referendum. We fought too long and too hard for our freedom to give it away to a bunch of faceless bureaucrats.

My feeling on the EU is that the bureaucrats are no more faceless in Brussels than the mandarins are in our public service. In fact I'd prefer to trust some one in Brussels ahead of some of the Departmental decision makers I've experienced.
The reality is that in the absence of Lisbon we're left with Nice which basically gave the gren light for corporate Europe across and gave little to the citizen. A gain on the issue of the Charter should not be thrown away so easily and I get annoyed when I hear No campaigners on the left dismissing it.

joe, are we neutral?

Well, I will keep an open mind, and read up on the charter.