Council Estimates? Your guess is as good as mine! 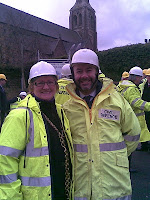 The last matter on the agenda for Wexford Borough council agenda for 2009 is the delicate matter of passing estimates for 2010. The estimate is effectively the council’s budget for the next year. The period for a local authority to approve the budget is fixed by the Environment Minister, so the pressure is on to agree how to spend the cash. If councillors cannot agree then an extension may be provided but you’re effectively in injury time and the caretaker’s keys are rattling as the shutters are almost down. Failure to agree means a Minister will appoint a commissioner to run the town in place of the elected members. He (and it would be a man!) would take the place of the members, travel to a council chamber once a month, and go through a sham meeting with officials in front of the press and decide in public the affairs of the authority. No room for local motions on the issues such as roads (or as the media refer to them as potholes!), local issues within the community, housing, environmental, transport or social issues. My feel is that if a council rejects the estimates why not dissolve the council and have another local election in the area and see if a new council could agree an estimate? Simple, it's what would happen to the Dail if a budget fails and what should happen if a council can't agree how to spend thier money. It's fairer and allows a community to ultimately decide which direction their local council should go.

Having been on the council for over 5 years, I must admit the part of the agenda that I anticipate most is correspondence. That’s because we usually hear from other council’s on motions they’ve passed and are seeking support for. Mostly these issues are plain straightforward. Councillors are at the coalface, we’re on the ground while our deputy is in Dublin. We see things first hand regardless of party affiliation. It’s easy to catch hold of a councillor and give them an earful. When you meet the person on the street regularly you make it your business to see that your representations are processed by the council deputies can be somewhat firewalled by attendance in Leinster House. Run in a local election but you cannot hide!

Which explains why it is that councillors can hold their seats against national trends. Every councillor knows someone that disagrees fundamentally with them but, who happily supports them in an election, because they have delivered on the local scene. That’s what makes local authorities important. They reflect public opinion better. Everyone can vote for a local councillor regardless of citizenship. A councillor is answerable to everyone. No invitation to a meeting public or private can be ignored, as any councillor’s family can testify to. That makes local politics hard on families of councillors. 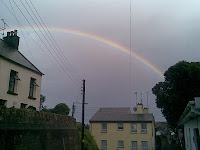 Still we do it. And after Wednesday night we’ll be doing it for another year at least. Wexford Borough’s estimates passed unanimously. Uniquely there were no increased charges, rents, rates and parking charges all stayed at the 2009 level. Unique in that the estimates were proposed by Sinn Fein and also because despite one councillor who’d previously said he’d vote against estimates unless commercial rates were cut, the opposition that was flagged for over a year didn’t materialise in the night. Surprised? Well frankly I’m not, the next local elections aren’t for another 4 ½ years and as Mary Harney famously said on another issue, they’ll have forgotten this in 6 months!
So Happy Christmas from Wexford and roll on 2010!
Posted by Unknown at 12:39 AM