Banking on Lehmans to bail out the bluFFers!

The standard FF defence for presiding over the shambles that has been Ireland’s banks in the last 2 years has been “Lehmans and Bear Sterns were a shock to the system”. Expect to hear a lot more of this when the Irish banking inquiry gets going. The commission will be chaired by the Governor of the Central Bank who’s been a loan voice within that organisation calling for accountability and an international “wise man”. They cannot look at anything that happened since September 30th which means that NAMA, events in Anglo Irish Bank, Irish Nationwide and the role of the regulator who told us that the Irish banks are the best capitalised in the world in the events of late 2008 are beyond the scope of the inquiry. The relationship between the Finance Department and the banks as well as the regulator and the banks will be examined too. It’ll be mostly in secret and those giving evidence will be spared the embarrassment of the media and public discussion of their evidence. The first stage will be all over by May (we’ll see about that!). These reports will be laid before the Oireachtas and will be the basis of a commission to inquire further and will wrap up by years end. Irish bankers doubtlessly still deeply grateful to the government will be treated with kid gloves by the Greens & Fianna Fail in comparison to their counterparts elsewhere. Current government policy is off limits, of course.

I’m totally underwhelmed and I don’t think that the inquiry will restore confidence in the banking system. I believe there should have been a wider scope along the lines Eamon Gilmore argued. Firstly clarify the extent of the Supreme Court judgement into the Abbeylara Case and see if the intention was to end all Oireachtas inquiries or just those that may lead to a negative finding affecting an individual. If the matter is clarified satisfactorily change the law to allow Oireachtas inquiries again. The Abbeylara Inquiry determined in the context of an Oireachtas Committee into the events surrounding the killing of a man by the gardaí.
Too much has been relied on in this judgement on which to base an opinion surrounding all inquiries. What is interesting is that the Abbeylara judgement precluded adverse findings of fact and conclusions in relation to a named person not a member of the Oireachtas. So why can an Oireachtas inquiry not ask members of the Oireachtas about their role in the collapse? Brian Cowen and Bertie Ahern are not protected by the Supreme Court judgement. Both have played key roles in determining the relationship between the FF, the banks and developers. Surely these 2 could throw a little light in their part in the slump? Add in Mary Harney. 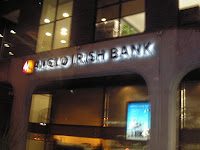 So the best that the Greens can get out of FF is the “tried and trusted” mechanism that served the government so well in Ferns, Murphy, and the Ryan Reports. My recollection of these reports were that some chapters were withheld from publication, and that culprits hid behind letters, while senior management in the garda bent the rules while those on the ground tried their best. But unlike Murphy, Archbishop Martin didn’t inquire into the behaviour of paedophile priests in Dublin diocese, he co-operated as head of the diocese. The Greens spent weeks promising acocuntability and fell way short again. What's new?
However the Governor of the bank is now charged with investigating his own banks behaviour. This is setting the man up for a fall! I believe that Prof Holohan is genuine in his intention to get to the bottom of the scandal but he will be hampered because many of those who preside over the light touch regulation at the bank are still there. He’s in an invidious position. I forecast that co-operation will be less than whole hearted and the momentum of the inquiry will run into turbulence. Add to this the pedestrian pace of the year long garda inquiry into Anglo and the need to protect the identity of those responsible being released so I reckon that all we’ll find out is that Banker A was put in charge by an internal interview process that was overseen by Bankers B & C. A along with Banker D ignored the loans approval committee which was chaired by B and provided monies for Banker E who is related to C to buy shares in Company F which was part owned by individual G through Contracts For difference that was arranged by Banker H.

The greens and FF have provided those with an interst in obstructing an inquiry with a golden opportunity to do just that. In the end will confidence in the banking system be restored by this inquiry? Will Brian Cowen and Bertie Ahern have to account for what they did, explain the cancerous growth of FF, Bankers and Builders, well to quote the late Jim Gogarty when he asked for a receipt from Ray Bourke, “Will we f---?”
Posted by Unknown at 12:28 AM