Will Telebs learn anything from their trip back to school? 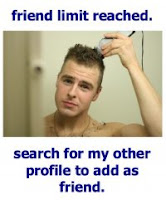 It seems that someone called Breffny an unsuccessful contestant on a reality programme who didn’t win a 12 month temporary contract on a TV3 programme called “The Apprentice” is going back to school. Great! I hear you say as we all know that your life’s chances are much better if you re-educate.
However Breffny is going back because he is of the view that his experiences are of value to second level students and what’s more he’s bringing another contestant along to share their knowledge. Breffny grew up in Cork and was sent by his Mammy to Harvard because he tells us it’s the best university in the world. Breffny now has left science behind for a world of business and celebrity. Of course Breffny’s unique view doesn’t come cheap and for 30 minutes to an hour he’s charging pupils €5.

He’s clearly spotted a business opening in Irish schools for what he describes as lunch money. He thinks he can give advice on which college to go to despite the fact that he’s been privately educated and has never studied at an Irish university. Moreover he feels able to tell pupils how to deal with stress without any qualifications. Breffny thinks he’s a good role model for young people but I wonder exactly what his qualifications are in career guidance. His favourite quote is Gordon Gecko greed is good from “Wall Street”. Given that an average year at second level school has about 100 pupils that’s €500 between the pair for the benefits of 30 minutes worth of their wisdom. Moreover given that he says he’s off to 40 schools that’s €20K between the 2 for old rope.

Breffny is one of the new breed of TV created personalities who’re famous because he’s famous. They have a short life in the public eye, proving the Andy Warhol adage that everyone can be famous for 15 minutes. I’ve no ill feeling towards him, everybody has to make a few quid in a depression and he sounds a very resourceful fellow who hopefully will find full time employment in the near future however I genuinely wonder what unique knowledge he and his partner bring to schools given that most 6th years have already filled in their CAO forms, benefit from Career Guidance and often in my experience can teach those of us. Is it just that he’s trading on the naivety of teenagers who he thinks will cough up to inhale the air in the same room as him? Where will he be when one of the students he’s advising has further problems? Will he do a follow up? I think I know the answer to that one somehow!

He says he’ll be visiting up to 40 schools nationwide. I’m astounded that there are 40 principal teachers around the country who can be taken in by this palaver. Do these principals really believe the line being peddled by Breffny? €5 is a lot to ask for where there is no verifiable or quantifiable educational outcome.
There is however a serious point in the Breffny roadshow. This type of hawking undermines people like me who highlight how families are hard hit by cutbacks in educational spending. Next time a cut is introduced, a FF TD will point out that money can be found for luxuries like these telebs then it can be found for school buses or books.
Recently retired World Boxing Champion Bernard Dunne last week announced his retirement form boxing. Bernard climber to the top in a very tough sport. He didn't go to a private school. He features in a TV ad encouraging people to learn Irish and is learning the language himself. Bernard specifically said that he'd be prepared to visit schools too. No mention of charging and other than his expenses, I'd imagine like Sean Óg Ó hAlpin who opened my childen's school 3 yearsa ago and charged nothing, he'll spend all day in a school. REal heros from sport, now which would you prefer to listen to?
Posted by Unknown at 6:46 PM