Enough of Harney picking over the nation's carcass! 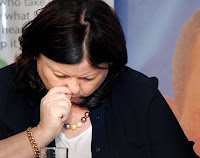 Few Ministers have presided for as long as Mary Harney in the history of the state. She’s spent 12 years in office continuously and add to that the period that she spent as a successful Junior Minister at Environment where she pioneered smokeless fuel. Her senior at the time was Padraig Flynn and the pair were nickname Smog n’ Smug!
When Harney transferred to Health in 2004 she told us that she’d bring her business like approach to health and shorten waiting lists, improve services and give us a first class health service. After the latest scandal at Tallaght Hospital she’s no nearer her goal than she was over 5 years ago when she took up the job. In 2005 she said she wanted a 7 year stint to complete her job. Her optimism is groundless, she’s brought us no nearer a better health service. It’s about time we as a nation heeded her advice from another issue and shopped around for another Health Minister.

She really has a dreadful record, Missed diagnosis at Port Laoise, Galway, Limerick, Hospital closures in Monaghan, Ennis, Dundalk as well as the infamous reconfiguration of the Mid-West, North East, South, and South East, the Co Location financing of private hospitals, PPARS, Failure to regulate the nursing home sector, A&E charge doubling in the last 5 years and all the time physiotherapy and psychological services for children services are long fingered as Ms Harney hones her taste for foreign travel. Her constant companion in clocking up the air miles is her FAS veteran husband. What happens in Vegas stays in Vegas, particularly if your on a waiting list for surgery on a vegas nerve.

The ire of most people is kept for her creation , HSE. Patients are glad of a service and appreciate the work done on wards, in operating theatres and clinics up and down the country. What they want to see is more. We are told that Ireland is striving towards best international practise and that at the end the HSE will be held up as a model for other small countries, consultant led teams treating patients in modern speciality hospitals. What we’ve mostly got so far is duplication of management and a Minister who fundamentally cannot distinguish between a social economy and a market. Since 2005 civil servants in the Health Department mirror the HSE employees who work in brand new offices on the Millennium Park HSE complex, leased from her good friend by tax payers. Amid the chaos Harney refers question on health the political section of the HSE. When the Head of the HSE Professor Drumm goes to meet TD’s its bedlam as about 100 deputies try to question him about the implications of his decisions in their own area in a limited amount of time.

I’m fed up with those who run our health system stumbling from crisis to crisis. Where will it be next month? Can we afford any longer Harney’s clichés? Fair deal or “If it was just a question of money it’d be solved by now”. The sad reality is that Harney has demoralised the staff and frightened the general public into an expectation of poor standards in our hospitals. The reality is otherwise. Recently one of my children broke their arm. I went to Wexford General Hospital at 5 PM. My son was x-rayed, diagnosed, treated and referred to a fracture clinic within 2 hours. There are good experiences in our health services to be had in spite of the quality of leadership at top. 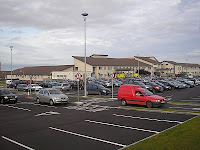 So what is the way forward? The genie is out of the bottle, accountability is gone, every day Wexford gets closer to a re-configuration that will mean the service delivery in the South East is regionally based rather than local. If there is a change of government in the morning this roll out won’t change because management have been given control of delivery. It’s reconfiguration or nothing!

The forthcoming re-shuffle is fundamentally different to what Ahern did in 2004 when he morphed into a socialist who broke bread with Fr Sean Healey. That transformed FF in the polls and set them up for 2007. The forthcoming reshuffle is predicated against taxpayers being taken to the cleaners to keep bankers, developers and FF in clover. The most potent expression “There’s no NAMA for me” says it all. There’ll be no bailout for FF, Harney and the Greens.
Enough is enough, The health minister should return from New Zeeland to take control of the latest crisis. Then Harney should be shown the door at the reshuffle, accountability has to start.
Posted by Unknown at 11:46 PM