For whom the road tolls! 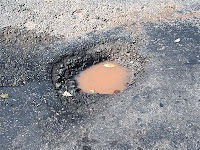 If you want clear evidence that the government has lost touch it’s today’s suggestion that its time to toll National Primary Routes. The argument in favour is one of equity! If Dublin and surrounding counties are paying tolls then its time the rest of us coughed up!
That ignores the financial reality, one I’ve always had difficulty with. The alternative to state investment in delivering public services is supposed to be that the private sector could provide roads and schools better than the state in a more efficient way. That’s why I paid a toll the other day when I drove across the Suir Bridge on the N25. The logic of the FF/PD government was that the builder took the risk by financing and delivering and operating a project on time. East Link, West Link, Motorway, it was all GAMA’s way! Indeed some who’re now in government opposed GAMA’s roads on the cheap and on double quick time.

But now tolling roads is on the agenda simply as a tax raising measure. Like all good ideas thought up in a rush, the real costs were ignored. Firstly all National Primary Roads have side roads that all link up. What would be the cost of building and maintaining the toll stations and how much revenue would be lost as motorists negotiate their way around the back roads to void paying the toll.
Let me give you a perfect example the N11 is the main road from Wexford to Dublin. If I take the R741 direct to Gorey I can join the N11 a mile south of Gorey and avoid 7 extra miles of driving and a possible tail back at Enniscorthy. So R741 is my usual route. So if the new N11 is tolled and the carrot to the County Council is the revenue, why would I take this road to Dublin? Faster yes but more expensive! NRA spin often emphasises how much is cut off journey time but what counts now is the point to point time not from between notional points. As it is Wexford is on average 2 hours from the southside of Dublin. What’s the additional economic benefit of being 1 hr 50 mins? 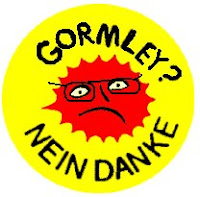 I make this point because at present there is a local controversy about the new Rosslare Harbour motorway. Having looked at the potential routes I’m annoyed that some routes take the traffic well away from Wexford Town. We’ve had a bypass for 20 years or more and now the potential routes will take long distance traffic further away from the town. Down the road, (No pun intended!) how likely is it that this road will be tolled? How much will be raised and if the original N11 is re-used by big volumes of traffic and new upgraded national primary roads don’t carry the expected volumes who carries the can for the lost revenue? The government? The County Council? The NRA? At the end of the day whoever takes the hit it’s ultimately the taxpayer who’s caught out on this one.
Wexford is hugely reliant on the N11 and the N25. You can’t get into the county without using a national primary route. A toll in my mind is a bridge too far. Listening to Minister Gormley tonight on the TV, I’m not convinced that he understand how peripheral counties could be hit by tolling national primary routes. Wexford relies on roads to access Rosslare Harbour, given the reality that tolls now can be done by cameras rather than physically paid at a booth and arrears build quickly are we in danger of pricing ourselves out of the market when it comes to holiday makers using ferries for foreign holidays? Will tolls turn people off using Rosslare? I hope not.
Posted by Unknown at 12:43 AM