Rebranding Fianna Fail? It started on the Late Late Show! 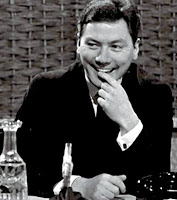 Gay Byrne is an outstanding broadcaster who has through the years effectively been the standard against whom all others are compared, not just within Ireland but among Irish people everywhere. An inner city boy done well. He’s credited with bringing sex to Ireland as his Late Late Show allowed the forum for 60’s Ireland to discuss issues like relationships, womens rights, and sexual liberation against the backdrop of Vatican 2. Gaybo was always seen as being a closet FF supporter as indeed many of those in the entertainment business were in the 60’s. He has a sharp nose for good TV, allowing Terry Keane speak about her affair with Charlie Haughey, something we all knew for years before, Gerry Adams’ first TV interview and who can forget his hour long interview with Annie Murphy the mother of a child fathered by his friend Bishop Eamon Casey. All were key moments in Irish broadcasting. Gay was viscously opposed to the Garret Fitzgerald government who banjaxed the country in view. He forced a climb down of too by using his radio programme and massive audience to great effect. He hasn’t been above mis-judging his audience as I remember from the time he tried to campaign against a decision by Telecom Eireann to rebalance phone charges which subsequently fell flat.

Who better to rebrand Fianna Fail? Fianna Fail is a party that no one trusts. Gay Byrne real skill is that he naturally relaxes his audience and he is someone you can trust. A good president? His predecessor worked in RTE too and like Gay Byrne she was close to a few bishops in her time, an outstanding legal brain who in my view would have been a very good minister if she could have been elected to the Dail. She was an inner city girl who had done well too. So the spec for Fianna Fail president is there in the safe in Mount St. You don’t have to be a card carrying member to be Fianna Fail as any Seanie Fitz and many of his type who were put on state boards by FF in the last 14 years will tell you to be of the tribe.

I welcome his entry to the presidential race. I just wonder though if after retirement and the end of the last decade but one whether his name really means anything to anyone under the age of 35 as he’s spent much of this time in retirement. It’s interesting that the poll for 4FM a semi national radio station aimed at the over 40’s shows Gaybo doing well. But what about those who listen to the youth radio? Another problem he will have will be that Fianna Fail already have another TV celebrity Sean Gallagher in the race and presumably as his campaign tanks on the back of his association with the most toxic party this side of Syria there is a desparate need for Fianna Fail to have something to shout about. That’s what’s in it for Fianna Fail.

The big problem Gay will have to shake off is his support from Fianna Fail and yet his claim that he will still be independent. I always thought that you couldn’t be slightly pregnant. You either are or you’re not. So if he’s not Fianna Fail’s candidate I presume he’ll tell us the names of the other political parties that are supporting him too soon. Otherwise the race will become all about Gay Byrne and not about the presidency and the country. To achieve this would be an outstanding feat on the part of Fianna Fail.

Fianna Fail is a cancer that has the potential to destroy this nation. Most people who suffer cancer believe when they enter remission it’ll never come back again. But it can and when it does it comes back more dangerous and pops up in parts of the body that were previously healthy. Ultimately it eats away at the body ending all hope. Let’s see if there is still any hope for this country.