And So they're off! 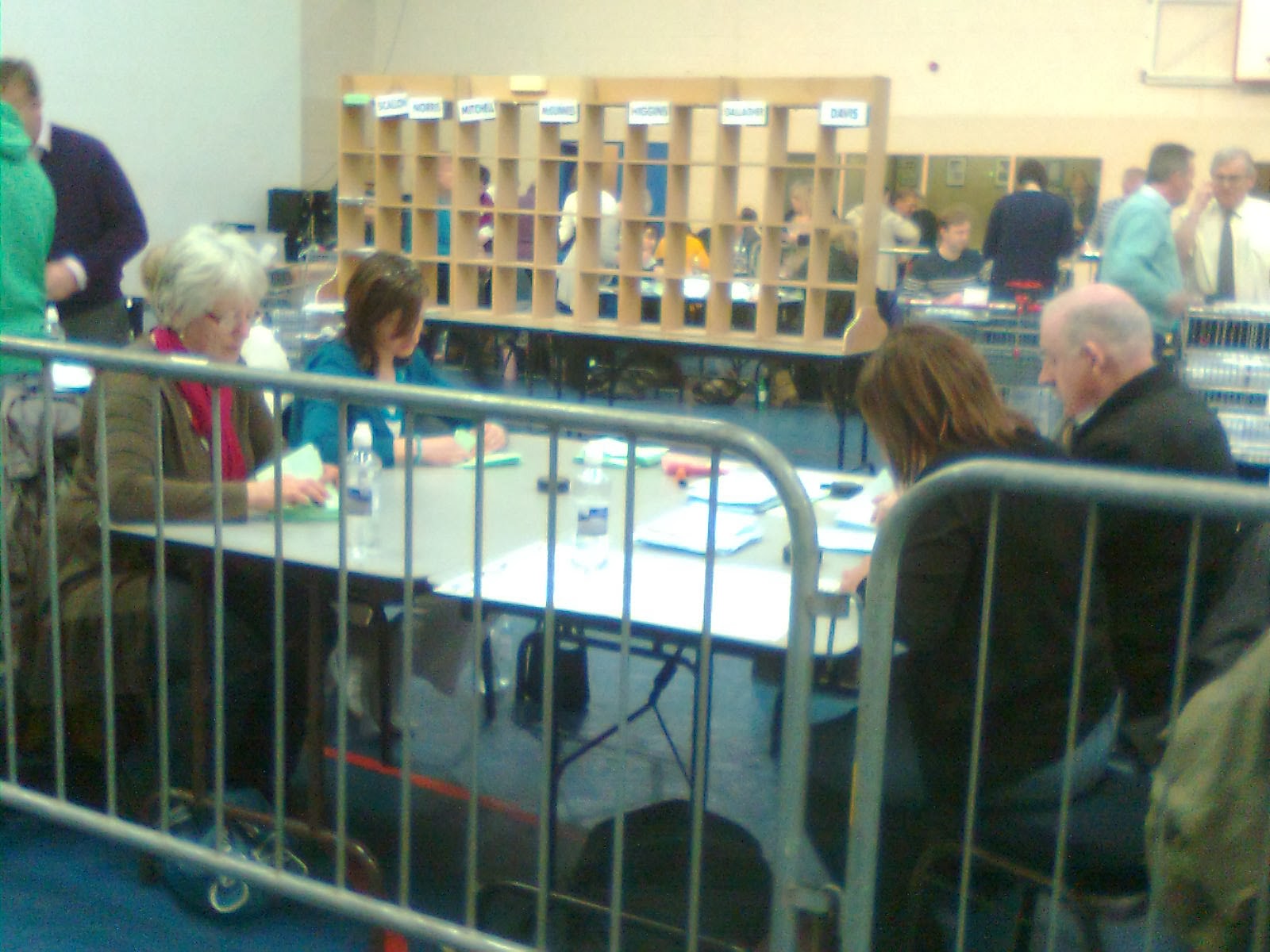 Believe it or not there is slightly more than 100 days left to polling in the local elections.  You wouldn’t think it given the weather we have. Polling will be on Friday May 23rd. So at this stage you’d expect all the parties to have nominated and have their candidates up and run


Well , not quite so. Labour and Sinn Fein have nominated candidates in Wexford while the big two Fianna Fail and Fine Gael are evidently taking the scenic route to putting  a full team out on the pitch.  Add to that the number of independents who are likely to be on the ballot paper. Some have dropped out already, others have yet to decide. I’ve always wondered what Independent really means? Is it someone only interested in serving their community, or disgruntled at what a former party might have done?

Clearly the electorate aren’t interested in political ego’s and hobby horses.  What strikes me from knocking doors is that people are happy to engage on local issues. They want representation in their council.  They also want vision and are fed up listening to negativity.  The electorate accepts that councillors have no input in government policy, as one woman said to me recently “No party is popular but at least we see our councillor”. However a councillor for a government party is in a better position to go and set out problems to a minister than an opposition councillor can be.

And there’s the rub. All politics is local but not all local politics is based on national issues. There are plenty of local issues in Wexford politics that have moved off the political agenda in the last 3 years. The future of Wexford’s General Hospital is secure since early in the governments term, it was secured by Brendan Howlin and its future was the key election issue in 2011.  The announcement by the government before Christmas of more SNA’s removes another area of concern in Wexford.  Extra jobs for Wexford at Eischtec, Wexford Creamery, as well as projects like the new school builds, garda station will at least stabilise the local economy at what has been a time of national crisis.

So what about the future? That is what an election is supposed to be about! Some people will have you think  they want a re-run of the 2011 General Election (often people who opposed re-running referenda, but let’s pass on that one!)
How can it be different? It’s the manifesto that sets out what the party will do when elected.  I genuinely believe that a local election is more important than a national election. That’s because more people have the right to vote and the councillor is more accessible and their impact more immediate. So it should be about how Wexford can maintain its position as the primary town in the county and how this can continue given that it will lose its council. It’s time we woke up to this and moved past the petty predictable guff that passes for politics in Wexford town.
So let’s spell out how you can significantly transform Wexford. Merge the 2  IT’s in Carlow and Waterford into a university and base a school of it in Wexford.  We know that if you have a university you can base industries around it.  Provide the basis for Rosslare Europort to compete as a major container port on the national stage and use all the transport infrastructure to open it out, road and rail. Balance that in rural areas with the restoration of the beet industry and you have a rejuvenated Wexford developing in a sustainable way that is better able to withstand a slump than the old model which was built primarily on speculation and construction. It was a model I always felt was unsustainable. We can build a better Wexford one that can last regardless of outside economic shocks.