So our new Education Minister and the 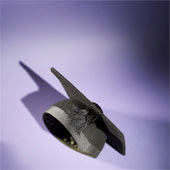 university heads are at one, better off families should pull their own weight and pay up college fees. It appears that the PD’s and the Greens are unhappy campers at this notion and it remains to be seen how far this one goes past the silly season.
Traditionally early August is the time when Education Minister’s fly kites, last year his predecessor said English exams for the leaving cert could go ahead on a Saturday in May ‘08, a few years ago then minister Noel Dempsey said SSIA money should go towards school construction, a year later in August he said subsidies to fee paying schools should end. In a way we should have expected this one.

Nobody should have a problem with the well off paying but it’s not as simple as this. It seems that on the south side of Dublin the well off are happy to pay fees to some second level schools that it is argued would be paid anyway to the university. Within some colleges we have a significant problem with drop out rates in 1st year. But who exactly are the “better off”? Well by the criteria set for consideration of maintenance grants any family where the income exceeds €56K per annum; that’s a household where one person earns the average industrial wage while another works 20 hours a week, doesn’t qualify for maintenance.

In the south east we have another problem, transfer rates to 3rd level which improved after Niamh Breathnach delivered free fees in the mid-90’s still lag behind the national rate. Given our historically below average share of the national income, such a move will put greater pressure on parents in the region. A by-product of this proposal will see a reduced demand for third level places and the planned University of the South East will be long fingered. Accessibility to a university is no problem in a big city but in other parts of the country it is but they have a cultural emphasis on education.
However Minister O’Keeffe’s statement follows a summer media campaign by some of he university heads stating that they haven’t enough cash to compete internationally with other colleges. Is Minister O’Keeffe taking advantage of this campaign and the economic downturn to effectively transfer the state’s obligation to fund universities to parents of students at a time when Ireland’s investment in education is significantly below the EU norm?

Does anyone believe that parents of pupils will want to pay as much as €6K per annum? Indeed what is needed is the state to invest more in breaking down the culture of early school leaving and effective alienation from 3rd level which we see in some parts of the south east. I want to see 3rd level education as an option for all 2nd level pupils not the domain of those who can afford it.

So as to let you have your say on the matter I've set up a poll on the matter, Get voting
Posted by Unknown at 5:36 PM