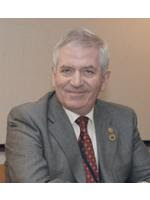 I’ve often wondered why Charlie McCreevy is so contemptuous of Europe. It’s quite sometime since as Finance Minster McCreevy was criticised by the EU for overspending in the domestic economy and he quipped that he was bringing back the bars of gold to Brussels. The reason why he was dispatched to the EU Commission is simple his arrogant style had become a liability to Bertie Ahern by 2004. He was blamed for loosing the 2004 local elections when he swiftly undid al the 2002 General Eelction promises despite saying that no cuts secret or otherwise were being planned at a time when civil servants were internally worried at the affect of the FF government’s election promises on spending.
The nadir for McCrevey was his ill judged appearance on the Late Late Show when he was booed by the audience. Ahern’s decision to shift him was the low point in his political career. McCreevy has always displayed his contempt of anyone with an intellectual view. His famous description of his critics as left wing pinkos was contrasts with his revelation that he believed Bertie Ahern was one of only 2 socialists in the Dail. Unfortunately for McCreevy he now finds himself in a place where there’s more socialists than there are horse breeders in his native Kildare.

McCreevy was given the portfolio in the commission of regulating the internal market. An attractive job for someone, who ideologically favours the free market over direct intervention by the state. On one famous occasion in Wexford he asked a fellow FF TD asking for state support for a local tourist project “Do you think I’m the downtown office for the St Vincent de Paul? On another occasion as EU Commissioner he snubbed a powerful cross party committee to attend Cheltenham McCreevy now however is swimming with the sharks. A letter has been sent to his boss Jose Manuel Barosso protesting at McCreevy’s failure to bring forward the changes sought by parliament to stem the collapse in the EU economy. When McCreevy was dealing with an equestrian centre in his own constituency at Punchestown he strangely acted with extraordinary haste and dynamism. Now when there’s real issues at stake he’s somewhat less energetic. McCreevy dooes not understand the function of hedge funds and private equity companies like the sort he flogged off Eircom to. He fails to understand that they resemble betting even though he’s an avid racegoer himself.
The reason is McCreevy’s ideological view as set out last September “I don’t believe it is necessary at this stage to tar hedge funds and private equity with the same brush as we use for the regulated sector. The issues relating to the current turmoil are different,” “Let me be clear: The EU economy is going to need massive investment in the time ahead. Without sovereign wealth funds; private equity and the like, Europe’s recovery from today’s turmoil will be all the slower,” This however is not to the liking of senior socialists and some Christian Democrats who’ve taken the matter to Barosso.
What worries me is that this failed libertarian logic is the same nonsense that W has signed up to. Thankfully the US people have seen through this guff and while January will see a new broom in Washington, we’ll have to wait a year for McCreevy to be put out to grass on The Curragh. McCreevy famously confessed he hadn’t read the Lisbon Treaty and this gaffe helped lose the referendum. When the result was put to him he said that the result must be respected and the Irish had that right. No one disputed that however he was supposedly involved in an area that the treaty was impacting on, could it be that his right wing views felt there was too much regulation involved? McCreevy’s problem is that in the wider scheme of European politics the begorrah cute ring wing hoor approach doesn’t cut the mustard!
This is the guy who we’re supposedly determined to keep in the commission by Lisbon 2. I wonder is it worth the bother would we not be better served by an EU socialist rather than a Irish free market liberal? I’m reminded by a quote from the late Dan Spring, “there’s many a man talked himself out of a good job!.” Has McCreevy grown tired of Europe and does he not want a second term? The word is that Mary Harney or Noel Dempsey have been promised the job at the end of 2009. Clearly one wonders about his appetite (as Brian Cowen would say) going forward!
Posted by Unknown at 1:11 AM