Fianna Fail & The Greens up to their usual pre-budget headgames 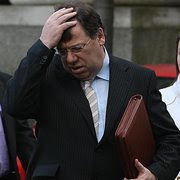 In a normal economy when you run a surplus you save it so that you can spend during a downturn. In Ireland where we call a wet day a soft day there’s been no soft landing for our battered economy in the present storms. If you recall the run in to the last budget it was hallmarked by a succession of various Green & FF kites on possible cuts and tax increases. Speculation was the order of the day. Medical cards on OAP’s were to go and so on. The point made was that when no one objected to the kite being flown the resulting post budget protest hit FF & The Greens on the double. I wonder is history going to repeat itself and if so has the government learnt anything.

Yesterday the Taoiseach hinted that Junior Ministers were to be cut. Today’s Indo says no. We’re told the old reliables petrol, diesel, beer, wine, spirits, tobacco are all to go up along with the oldest of old reliables the PAYE worker. Not only will low paid workers be brought into the tax net but by dropping tax credits all PAYE workers already in the net will also have their tax burden increased by virtue of reduced credits. Brian Cowen told the IMI he wanted to get banking back on track and free up credit for business. Metro north will not be cancelled, could there be another scrapage scheme for purchasers of new cars and how will the greens sell that to their members? Suggestions are also rife that inheritance tax is to be increased. Is there the amount of money in that pot that is claimed and is it over valued, as I believe it to be? One thing’s for sure its not going to solve the deep problems that Fianna Fail and the Greens have got us into. They've no idea as to how to get those who queue for food back to work.

Indeed what if any will be the green contribution to the budget? The October budget was short on Green ideas, other than the cycle to work scheme and the car park charges so what can we expect? Carbon taxes? The Greens always said that they supported these as a revenue neutral concept. In other words they were to replace other taxes as government switched fundamentally to tax consumption of fossil fuels over income and work. Any move now to bring them in, ahead of the forthcoming Commission on Taxation’s report will expose the greens to further ridicule as Fianna Fail’s mudguard. In the reports absence, perhaps levies may be charged on PAYE sector and these to be formalised in the 2010 budget as taxes.

Brian Lenihan’s recent admission that he got it wrong on VAT increases begs the obvious question on Tuesday, will he reverse it and give retailers here a chance to stimulate consumer spending again? One old reliable from Fianna Fail’s perspective that can sleep easy in their beds is the wealthy. My jaw would drop if Lenihan is to pursue the wild geese who’ve left our shores to hide their money from Revenue while at the same time finding time to control their business interests from abroad. Perhaps he may consider a stabling charge of €1,000 per hour for aircraft with a capacity of under 20 passengers at private airfields like Weston? Surely the greens would support this as a way of reducing green house emissions in the country? Maybe however they’ve already discovered that flying kites don’t contribute to greenhouse emissions at all!
The initial signs for the budget aren’t good, the agriculture minister let the cat out of the bag as to the extent of the economic collapse 2 weeks ago on “The Week in Politics”. The tax base is shrinking faster than the government’s support, failure to act on unemployment will see this go further. They cannot predict how much revenue will be generated this year. I think that the state could run out of money before the year’s end. Could it be that we may need another go at cutting spending during the summer?
Posted by Unknown at 12:19 AM

They are economic terrorists!