How the other half learn 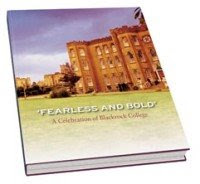 Secondary education in Ireland has been free of charge for over 40 years, OK you still pay for books, school transport, uniform and voluntary contribution but the day when schools charged admission fees that helped pay the teacher’s wages are over. That was an enormous advance and surely by this stage you’d expect that in a republic equity. Which makes a comment by Jim Glennon very interesting. There are 6 TD’s in Dail Eireann who went to the same school, Roscrea. And if you go down the biography of other TD’s you see Blackrock, Clongowes, Kings Hospital, Gonzaga etc all well represented. All fee paying boarding schools. Let me out myself at the start, I went to a boarding school too, or rather I was sent to boarding school after the Inter because like many of my generation at that time my parents thought they were doing me a favour and if at 15 your parents said do something you did it.

Boarding school contrary to the popular assumption was not a pleasant place, I doubt whether my educational outcome would have been any different if I’d stayed at the day school.

The educational benefits of boarding from my 3 year experience are dubious as many students repeated to get a basic pass but maybe I’m being subjective. The fees at the time cost my parents £600 per annum for the year, you got home only at holidays and mid-term breaks, the distance home was light years. Its now 30 years since I left and from my side of the fence the mystique of paying for an Irish education is the equivalent of a three card trick, you pay for something that you cannot compare against in terms of life experiences and there’s no money back guarantee if you didn’t buy achievement on the Leaving Cert.

Private second level schools can invest in their schools and build swimming pools, pay coaches for teams, run school tours to continental locations but they can do that because teachers the essential component of any school are paid by the state and the school charges enormous fees to parents who have huge resources. Some parts of Dublin have few non-charging second level schools. A survey of intake to TCD a few years ago showed just one ordinary second level school among its top 10 feeder schools. I think the continuance of fee-paying schools is an obstruction towards achieving equity in terms of access to 3rd level. If college fees are brought in why not remove state support for fee-paying schools? 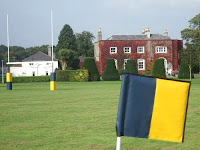 Private schools met yesterday with the Oireachtas Committee and denied cherry picking the best. They complained how their middle class parents are finding it hard to put together the fees for their children. I wonder do these schools know how the other half live? The school book grant has disappeared for most second level schools in the 2009 budget however there was no sitting for the Oireachtas Committee to listen to the parents of these children. In one school I know, if 40% of families make the voluntary contribution, it’s considered excellent. The defence that such schools are essential for the survival of minority religions conflicts with reality that there is no minority religion secondary school in Co Wexford and yet the Protestant Community here thrives because of community integration.
The day of the boarding school is over. State support for fee charging schools are a luxury we don’t need. In a society where scarcity is rife, privilege is a commodity that I think should be rationed. I know my union supports the retention of state funding for fee-paying schools as there are many union members in these schools. But the time has come to put the quality of education of the majority of school going children and the working conditions of the majority of their members ahead of preserving the status quo. If resources in the Department of Education are limited, it’s time to think further than Minister O’Keeffe jumping to Finance’s whip. Now’s the time to restructure our society in an egalitarian way to offer a better and more sustainable future for all.
Posted by Unknown at 7:11 PM