Are we all really in this together? 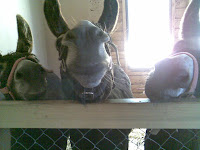 Can you believe it’s nearly a year since Brian Lenihan’s call to patriotic action? Fianna Fail’s instant mantra became “We’re all in this together”. Parotting this were the IBEC’s, the banks and the builders. The sums have been simplified to one of Social Welfare versus Pay versus The Rest must square off against tax revenues. The latest ESRI report says that the public service pay exceeds comparable private sector pay by over 20%. The government has indicated that a 5% pay cut for the public service will be introduced in the 2010 budget.
Public sector pay is being pruned to avoid tax increases. I accept that public sector pay is relatively high but private sector pay for many is at a low base. There’s many in the private sector who benefit from the minimum wage and few in the public sector. To me that is telling.
But before we charge headlong down the road of setting public against private sector lets ask ourselves why is public sector pay pay higher. For a start most public servants are unionised. Secondly and more importantly the key driver for wages in Ireland for me has been the need to get on the property ladder. In Wexford property prices were increasing at 1% per month about 3 years. There’s nothing to indicate that this figure was at the time exceptional on a national basis. One colleague who bought a house then still pays €1,300 per month (and will continue for another 27 years!) for a bed Semi D as part of the 100% mortgage scam that the Financial Regulator and the Central Bank turned a blind eye.
It is blatantly obvious that pay increased because people were buying houses irregardless, as to whether they were public or private sector. Buying housing was the national sport and lets be clear about it when some were fed up buying them here, Mick O’Leary provided cheap flights to where houses could be bought for even cheaper. If you think times are bad now, just wait till Ryanair cut flights to where the second or indeed third homes are and then tune in to Liveline!
But lets get back to the average couple who had just one house, and the way prices went it had to be 2 wage earners to afford a house. Most of these people could only afford houses miles from where they worked. 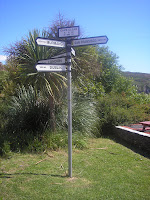 The long commute, the breakfast roll grabbed on the way to work at a service station, the sandwich dropped to the work station and the take away or €10 Tesco meal with the bottle of wine when they arrived home in time to watch “Fair City”. This was their life. Now the wine may be home brewed and the sandwich home made but the mortgage is still to be paid and to make matters worse interest rates will soon rise again. The fear of loosing the house through re-possession and unemployment strikes terror into the heart of many home owners.
But there’s more. Much to my surprise it seems that the real inequity according to the ESRI is at the bottom end of the pay scale. The real people to be cut are the lower grades of clerical staff like the CPSU members who went on strike earlier this year. One striker told me that she worked advising on social welfare entitlements and that some of her clients would get more than her. What now will she make of this threat to her income?
We’e not all in this together, some of us are more in it than others, and some of us are not in it all. 3 years ago we could boast 33,000 actual millionaires in this country. That didn’t include those so called ethical businessmen who sent their wives away to live abroad so that they could collect a rebate on a deal. Eamon Gilmore said the right thing today when he said that public sector pay should not be cut. The private sector relies on the public sector’s spending, would reducing spending power in the economy be in the interest of the private sector? I doubt it
Posted by Unknown at 12:23 AM