PreFFabs sprout in the south east!

This week’s Wexford People carries an indictment of any Government TD who met any school board of management and reassured them that their school construction plan would be prioritised. €900K is spent each year in Co Wexford alone on renting prefabs by FF & the Greens. In my time I’ve spoken at meetings and indeed had to listen to the steady line of spin from FF TD’s with their spin carefully honed by the Department. In the past I’ve heard how construction was halted by everything from Foot and Mouth to 9/11. Needless to say the excuse has changed but the effect on school communities is still the same, more delays. 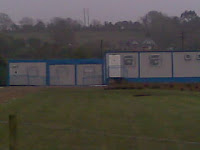 7 years ago, I served on the BOM of my children’s school. Then we were cynically set up during an election campaign by Fianna Fail and then discarded after the election. This leaves a bitter taste in the mouth. I well understand how any parent or teacher feels about prefabs. Lets look at the Wexford Town figures; 3 schools, CBS secondary, Kennedy Park & Scoil Mhuire all have prefabs that set the taxpayer back over €100K per annum. 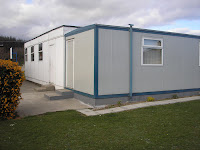 In the surrounding parishes Barntown, Piercestown, Screen, Castlebridge and Crossabeg the prefabs there cost even more; over €110K! about 2 years ago an FOI request from me to the department revealed that rather than planning to get rid of prefabs FF and the Greens were planning to hold on to them as they compiled a database of prefabs in Ireland’s schools
One local principal says she wants a building not a prefab and is livid at the revelation that so much is being spent on prefabs. Its my view that the figures revealed are only the tip of the ice berg as it doesn’t include the cost of heating such energy inefficient buildings, cost of planning permission applications, construction of these glorified hen houses nor the cost of prefabs that were purchased by schools. It only applies to rental! The pictures on this page are all taken around the county at different primary schools, some are on the list published by the department, some are not.
. 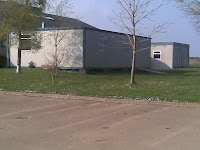 As Co Wexford TLC chairperson I worked with the INTO in the county on this issue. TLC was set up to campaign on the issue of school building. I found INTO on the ground in Wexford very effective at raising issue concerning the basic working conditions of teachers. This experience coloured my view of teaching colleagues and I strongly feel we’ve more that unites us than divides us. 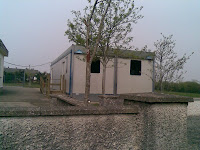 An in depth survey of all 100 schools in the county was taken and the results were shocking. Many of the schools on that list made no progress towards construction whatsoever. Kennedy Park, New Ross CBS and my own, where at second level we were promised a gym and associated classrooms along with the Asperger’s unit. The unit arrived courtesy of a fine prefab and no prizes for guessing that nothing else happened! If another survey was conducted now I believe that the result would be broadly the same. What’s more any incoming government will have their work cut out trying to tackle the backlog in school buildings even if the forecast is that we need 100,000 extra school spaces by 2020. . 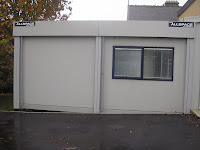 I wonder about the capacity of the building industry to build that many schools but never doubt the capacity of FF or Green public reps to talk up their inertia and to pull the wool over the eyes of school communities
Posted by Unknown at 7:19 PM

I see they are starting on the Library again, after wasting money turning it back into a car park.
Nothing wrong with a new library, but one would think that schools are more important, when there is a perfectly good (not pre-fabricated) library in place.

The library is long needed in Wexford. I don't beleive that the present library is adequate. There is no childrens section nor specific areas for teenagers at present. Selling the old library to Whites was a dreadful mistake. The next battle is to make sure that it is adequately staffed so as to have opening hours 6 days a week!