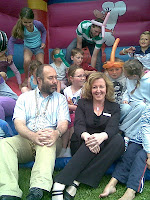 I see poor Kevin Myers is at it again! By at it, I of course mean he’s venting his spleen at people. Kev as he’s called in working class areas is at his patronising best in today’s column in the Indo! It seems Sommerville & Rosses man in Independent House has put his foot in it again!
Last week’s leaving cert results are Kev’s big moment to take a swipe at people who live in working class estates where he says “Many seem to be almost beyond the control of the State, as ganglords reinforce an autonomous culture that recognises no authority or ethos other than their own -- the ruinous road to an unending cycle of underachievement, crime and jail”.
Kev is right that there are some people like that in our society, but I doubt that there are as many as he thinks living in working class estates. Kev wrongly thinks our society is fair and equal and that working class and middle class all share the same aspiration in our society. Nothing could be further from the truth. Kev is of the view that the morality problem is exclusively one for the working class. Tonight I met a bank employee who expressed concern that there were indeed people reinforcing an autonomous culture that recognises no authority or ethos other than their own. The names she gave me were those of senior management in her own bank. None of them live in working class estates.

I must admit I haven’t the foggiest notion of what Kev is talking about. At the back of it all I’m certain that Kev doesn’t know what he’s talking about either. Wexford Borough contains about 20,000 people and about 8,000 houses. 2,000 households are found in local authority homes that are mostly in working class estates. I think I’m in a better position than Kev to understand working class values. 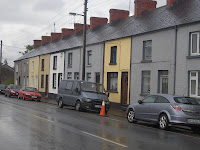 I don’t know any estate in Wexford where ganglords reinforce any culture, autonomous or otherwise. That’s not to say Wexford has its problems caused by marginalistion, it has! That’s why we have RAPID designation in some parts of town. A few weeks ago I visited one summer camp on their final day and sadly for Kev there were no horses let alone a lift! I did see plenty of happy children, mothers and a really good barbeque that had my taste buds switched on as well as a bouncy castle however that blows the stereotype for Kev!

Kev ponders the meaning of working class life in blissful ignorance and generalisation of what working class means today. It’s not Dublin or indeed northside Dublin, it can be rural or urban, it can be suburban, city centre or farm labourer, it can be skilled labour or unskilled, but what Kev’s biggest mistake is making the typical middle class assumption that all working class people want to aspire to middle class concepts like 3rd level education. It’s an insult to suggest that a pupil would be lynched for wearing any school uniform. Each school in this town has an open admission policy where there are no fees.

Despite this, patterns of attendance are hard to breakdown just as something that Kev ignores, early school leaving. I can answer Kev’s question as to why social mobility and his middle class concept of achievement among working class people doesn’t come up to his high standard and its because working class people have a tradition and different set of values to middle class people. Kev makes the fatal error of assuming that middle class values are identical to the aspirations of working class people and he’s wrong. Blue collar jobs were traditionally well paid and skilled. While these trades are disappearing, the culture of early school leaving remains. As a result those who drop out earlier get lower paid jobs than those who stay in school longer. They progress less in an unfair society. Unless more intervention occurs the disparity increases.
Its easy to dismiss people for being fecless and having achieved little but what does that say about those who've acheived alot?
Posted by Unknown at 12:44 AM