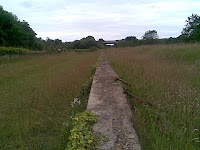 The EU Court of Auditors dredged something up from the past that came honme to bite Fianna Fail and the Greens yesterday. When the court examined the demise of Irelands sugar industry they established that the prices to consumers hadn’t dropped as promised and that the closure had been based on inaccurate information. In short the court concluded that the Mallow factory didn’t have to close. 4 years on from closure the factory has been flattened, the plant sold off and the EU has gone from being self sufficient in sugar to relying on imports for 15% of our sugar. The producers Greencore got over €100M to in compensation from the EU and has morphed into a food additives company that speculates on their former sites at Carlow and Mallow.

Of course Fianna Fail and the Greens will defend their decision even though the greens once upon a time proposed that the Carlow plant should be redeveloped as a gasohol plant. Out of sight was the last act of the closure a few months ago and that was the closure of the railway that carried the sugar beet from South Wexford for processing at Mallow. Fianna Fail and the Greens do embarrassment really well because they care little. Its all getting beyond farce., 6 months ago the need for an alternative to airlines off this island pointed to a need to retain a passenger service to Rosslare. This was ignored based on out of date information. 6 years ago the need to retain sugar production in the country pointed the need for food security. Once more ignored again on out of date information.

The sugar price at the time was beyond the world average by a third but with farmers under pressure now it may just give some tillage farmers an extra crop to bring in some badly needed cash. The time has surely come for the case for re-opening the sugar industry in Ireland. The IFA reckons that over 4,000 jobs were lost between Greencore, farmers and agricultural contractors. Now you can add Irish Rail workers to that!
And all for nothing, sugar never got any cheaper and Greencore still have an effective monopoly in the market. I’ve to laugh at the Siucra label! Talk about plastic paddies! I believe that the next government must look at re-establishing the sugar industry here. It would have a huge benefit in South Wexford. It would give a boost to the campaign to re-open the railway as there would be about 200,000 tons of beet that the roads cannot take. It would improve farm incomes and that would be reflected in spending. It would require the Irish government to seek a return to sugar production from the EU and it may be that Greencore may have to return some of the compensation . If that is the case then so be it.
Posted by Unknown at 12:15 AM