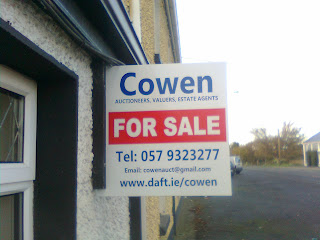 Just when you think Irish politics can’t get more bizarre this happens! The decision of the former Labour Chairperson ColmKeaveney to join the party he’s attacked vehemently in the recent past, Fianna Fail, is one of the most extraordinarily summersaults in Irish politics in many’s a long year.  But I’d rather play the ball than the man on this one! So let’s look at some of the balls that Colm has hopped recently.  Firstly however, I felt let down by Colm by the manner of his resignation from Labour in Spring, I can understand someone having a row with party colleagues and indeed resigning the whip. I can live with a political difference within the party and a robust debate on values, but for most members I think resigning and attacking our party which he chaired was an act of betrayal of the votes of conference in Galway.  A Rubicon was passed. I’m old enough to remember Michael D as Party Chairperson in the 80’s and while he had differences over strategy he never undermined the Labour Party by voting against it.
And it was a difficult conference last year. Unlike the recent conference in Kerry where there was no protests outside, last year in Galway saw thousands of protesters many of them Sinn Fein members (who next month will be cutting the Northern budget by €6M per month) and a lock down as they attacked gardaí in duty outside the conference hall.   But look that’s my problem and I’ll have to gt over it.  Colm has himself criticised Fianna Fail much more strongly and much more loudly than I ever did.  I note on his resignation June he highlighted the decision by Ruairi Quinn to reduce resource teachers (subsequently reversed as the likes of me lobbied against it) and can’t avoid the irony that tonight the government approved an increase in the number of SNA’s and that Colm has the job as Fianna Fail spokesperson on Special Needs to carefully craft Fianna Fail’s response to the reality that in circumstances where FF thrashed the economy the present government can go beyond the best FF could offer in 2011.
It will be indeed strange to find out from Fianna Fail how, according to Colm, it has changed.  It’s not too long ago that FF senators opposed the FF leader’s line on abortion, Colm himself as USI President had no difficulty with supporting  the right to choose (a direction that would concern me) but recently he had a change of mind when the limited protection of life bill was introduced, a bill that was part of the Labour manifesto in 2011 which he sought votes on!   Will his capture by FF revitalise the party? Nobody can answer that yet but there may be other forces stronger than Colm at play already in FF.  It seems many of the people that played a key role in the old Fianna Fail don’t share Colm’s view and they are just itching to run again to pick up where they left off in 2011!
Fianna Fail is still significantly below the vote they secured in 2009 and may not get the bounce they expect when voters go to the polls in May.  It’s at that stage Colm’s famous tweet of “Actum non verbum” may come back to haunt him. What happens if FF hit the double dip and drop in votes?  Actions not words. Whose actions and whose words? Time will tell!
Posted by Unknown at 11:55 PM