A time to keep, a time to cast away 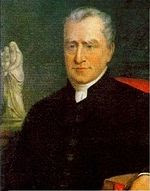 The above is a quote from King Solomon. I wonder if those in authority in the religious orders have time to reflect on King Solomon’s wisdom from the Old Testament in light of the damning conclusions from the Ryan Report. As a teacher in a CBS school I wonder how the ethos of Edmond Rice can be squared with what went on in his name. To be fair to the Order there are other orders involved and they share equally in the responsibility. I mention the CB’s because their Superior Bro Garvey appeared on Prime Time at a time when other orders and indeed Ministers were unavailable for whatever reason. Perhaps the Superior in the order who on Prime Time used the vague term “different times” to equivocate on whether the orders in charge of these institutions (I won’t call the institutions schools as they seemed to have little in common with what a school should be) should ask himself what would Rice have done in this situation?

It’s clear what he did in the past. Rice stood alongside those who were marginalized by society. He lived a time of free market liberal economics where if you had money society rewarded you if you hadn’t, well, tough luck. Rice was a wealthy man who after a trauma of the premature death of his young wife, put his own daughter into the care of relatives and then set about disposing of his wealth by a life dedicated to educating boys because he understood that the way out of poverty was through education. Rice was quite different to the 20th Century image of Christian Brothers. He wasn’t an ardent nationalist, spoke little Irish, and was only persuaded to form an order by the religious! So how did we end up here and why can the order not recognise their moral currency has devalued to nothing because of the scandal. Is it in the interest of the order to be morally bankrupt as opposed to financially bankrupt?
I grew up close to Baldoyle. It served as a novitiate for the Christian Brothers. From the top of the bus as you travelled home you could see the graveyard where deceased brothers are interred in a line in identical graves almost as fallen soldiers are in Normandy. The Christian Brothers strictly speaking were an order but in reality they were a world-wide empire and still are. It’s clear that the institution ran its affairs centred on loyalty to itself as opposed to duty to the state or to each child. There in lies the conflict. Wrap around that the sexual repression, economic stagnancy of a suppliant state that genuflected to Armagh when it came to the Mother and Child Act and then move on to 2002 and Michael Woods leaving Michael McDowell out of the loop to cut a last minute deal as he was going out the door of Marlboro St. Has much really changed given that Dermot Ahern has decided to bring in a blasphemy act at a time of economic collapse? I could have thought of a million other priorities than blasphemy.
The religious orders should cut away from the past, there is a moral obligation for them to return to the table and see how they will pay their fair share towards repairing the lives of their survivors. To finish I’ll paraphrase King Solomon again; A time to heal is upon us.
Posted by Unknown at 3:50 PM