When clear blue thinking is a smokescreen 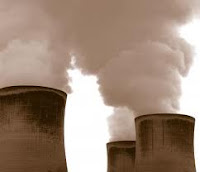 I’m quite surprised that the Minister for Environment Phil Hogan has decided that he’s other priorities than introducing a climate change bill. The climate change bill was considered important enough to put into the programme for government. 6 months later little has changed in terms of the seriousness of the issue of global warming but for Phil Hogan the immediacy of the matter has sadly slipped down his list of priorities. There remains a long time to go until the next election and the time is there for the commitment to be lived up to. It’d be a shame if some Fine Gael ministers were not interested in democratically agreements so perhaps Phil is thinking about moving on when the inevitable reshuffle occurs?


I believe that the problem of global warming is real and complex. The threat to coastal communities of inundation and erosion exists however more importantly the potential for destruction in the world’s poorest communities especially in low lying parts of the world cannot be underestimated. Per head Ireland is one of the worst offenders based on pre-slump figures. Ironically the last minister John Gormley claimed credit for a fall in carbon emissions in Ireland which resulted from the closure of cement production, reduced demand for power and other signs of an economic slow down , “Green policies were working” is how he proudly told us.

To be fair to Gormley he understood the immediate problem of flooding caused not by global warming but by bad planning, the rise in sea levels caused by melting of ice as the world heated up and he accepted that we should do something about that. Where he had a difficulty was that the EU policy of encouraging competition forced up electricity prices as his colleague Eamon Ryan responded by expanding the market share against a backdrop of reduced consumption and price rises. Add to that carbon taxes that were originally intended to be revenue neutral but in the end were just price increases. It’s hard to be taken seriously by people about world issues when they see you tightening the screw.

Now he is gone and it seems that Phil Hogan wants to decontaminate the Custom House of any sign of Green policy. This would be a mistake. The greens may have been a naïve anachronism but that doesn’t make their policies rubbish. Forget the lobbying spin and believe the chemistry; Carbon dioxide is a green house gas, so too is methane which is also a valuable resource that we waste. These problems present an opportunity to our economy not a threat. Emissions are mostly from transport, agriculture and industry. The claim of food security was made to justify doing nothing in agriculture. I’ve no reason to doubt the minister but the lobbying by economic interests in agriculture does go on. Expediency 10 years was the retention of one minister after lobbying by the industry.

The problem of emissions from agriculture has ignored the need to develop genetic engineering as a solution to reduced emissions. Livestock with better meat or milk yield producing less emissions could be engineered here if there was the vision of Ireland as a world leader in Genetic Engineering.

That’s why I hope that we get an Environment minister with vision who will make that connection and a Jobs or Science minister who will see the technological advantage of developing a strong genetics research dimension to our economy.