10 reasons why John McCain will be the next US President

Sorry but I’ve got to be honest. I don’t any longer believe Barak Obama can win November’s Presidential election in the US. If you asked me 3 months ago I’d have said it’s likely. Indeed I wanted it to be likely. The worse thing that’s happened to Obama was the end of the primaries. I hate to say this as I believe he is the better candidate but over the summer a number of things have made me change my mind about him winning. I don’t believe that the US is ready for him yet. For the sake of the US I’d love to be wrong but…..
Here’s why
(1) Touring Europe was a tactical error. France and Germany were

countries who opposed the US invasion of Iraq. Speaking to cheering thousands at Tiergarten in Berlin lost him the possible support of the some Americans because they dislike the way that they believe Europeans historically patronise various US administrations over poor judgement calls.
Obama’s support for the war in Afghanistan is something that I wonder about. How far do you go in supporting a government whose hold on power is tenuous in the context of a war from within? 20 years ago Gorbachev recognised the reality and pulled the plug. This contributed towards his undoing as it was portrayed as the Soviet Union’s Vietnam. Is it not the reality that superpower’s don’t do withdrawals? 7 years on from September 11 today, it is essential to ask is it going to end and how? By McCain committing to Bush’s Iraq policy it takes the spotlight off Afghanistan.
(2) 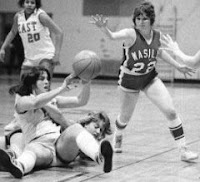 Failure to select Hilary Clinton or a woman as a running mate. If he didn’t want Hilary but wanted women to vote for him why not pick a woman as a running mate, Nancy Pelosa? This decision will reduce his appeal to women voters although in fairness the arrival of Palin is no great attraction for Hilary Supporters either. I cannot believe the selection of Palin will do anything other than convince female Clinton supporters to bury the hatchet and vote for Obama but he'll get no more extra female votes than these.

(3) Republicans have succeeded in building on McCain as the maverick outsider despite the reality that McCain comes from a WASP senior military family. Obama who was born to a single mother from modest background who spent his early years living from a suitcase is now boxed in as representing the elite

(4) Obama’s decision to endorse the death penalty. I know in reality he probably had no alternative given how Ducakis was slaughtered over an inmate he released on parole who subsequently murdered again. For many liberal democrats there is a worry that the US is up alongside China and Iran in terms of numbers executed

(5) Electorate associate him with Islam. Nothing wrong with that even if he was

but he isn’t. In a society where even a catholic has difficulty being elected to the highest office in the land, a candidate can do without the subliminal association with a religion where some members have turned the teachings on its head to suit their own end. When Ted Kennedy ran at least he didn’t have to deal with the innuendo that he was an IRA supporter.

(6) McCain is more attractive to Irish Americans because of his support for immigration reform. I now that he has back tracked on this in recent months but it was interesting to hear Irish Immigration Platform spokesperson criticise Obama for taking little interest in the matter. Hilary could not have been accused of that. This matters in

McCain has a genuine war record. He spent time in captivity and while in the US there still is the residual shame of the Vietnam disaster there is a strong respect for vets among the electorate. This is precisely why Kerry should have won 4 years ago however he was shamefully smeared by the Republicans. Obama cannot compete on this aspect. McCain has another record he'd rather not draw attention to, his medical record. Can this be a turn off for the elctorate? 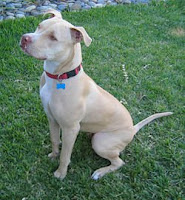 d of being liberal on abortion. All, the buttons are being pushed in the Republican heartland to get the troops out in November, that’s Palin’s role. Personally I always thought Condi Rice would be nominated to neuter Obama’s Afro American appeal and also pull in the woman. To be fair she is vastly superior in terms of experience to Palin. The “great state of Alaska” as McCain calls it has the population of Dublin’s norhtside. Palin’s experience is akin to that of a County Council chairperson. The breeding ground for the Vice President of the Free World? The polls are tightening and Obama is being reined in. One big plus for McCain is that the electorate knows who Palin is and what she looks like. Can the same be said for Biden?

(10) I still wonder whether the US is ready for a black president. I still believe that there exists prejudice towards black people. The hatchet job done in Florida in 2000 chiefly targeted the black population despite it not being considerable. The only reason we ever heard about Florida was because it was so close a few thousand votes among 20 million cast. How likely is it that it went on in other states before but it was never highlighted simply because the result was never in doubt?

Hopefully in 7 weeks time someone will dust this down and point out how wrong I was. Here’s hoping. Maybe after all that it may just come down to who would you like to have a beer most with?