Whatever happened to the Green Party?

About 20 years ago I met Trevor Sargent in a tea shop. It was a winter election and I was taking refuge from the elements with the Labour campaign team in a coffee shop in Swords. I was immediately struck by his sincerity and practical enthusiasm. I had a huge regard for him and I wasn’t surprised when he got elected to the council and eventually the Dail. His integrity in standing up for communities when enormous pressures were put on councillors, saw him stand with Labour councillors in opposing and exposing many of the actions that led to the Mahon Tribunal. So when he resigned as party leader rather than take a seat in cabinet, I expect he must have scratched his head wondering why did this act not get greater recognition for what he believed to be an honourable act.
Perhaps the answer may lie in how the party has performed since entering government. Many of their critics are surprised as to how John Gormley could stand wi 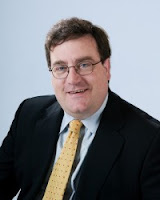 th Bertie Ahern as he resigned arising out of Mahon’s inquiry. Others listen to the deputy leader calling for driving licenses for rural drivers only or the Deputy Leader of the Seanad looking for a general speed limit of 80Km per hour and they snigger about the movie Speed or more cynically Dermot Morgan’s version. Patients in A&E have plenty of time to reflect on their U-turn on co-location and Bertie must smile when he recalls John Gormley’s “Planet Bertie” speech. Government is about taking decisions based on how they impact of everyday life everywhere in the country. Is it any wonder the promised green break through at the last election never happened?

To be fair to the party I welcome the improved building regulations for apartments, money allocated to tackle educational disadvantage in the programme for government and improved grants for energy efficient buildings but where’s the rest? Where’s the alternative energy, a solution for Corrib Gas dispute, a re-routing of the M3 or an inspectorate for US prisoner rendition flights at Shannon. Instead we had Minister Ryan launching a one man debate on nuclear power, John Gormley’s Haulbowline clean up cock up following hard on the heals of his put down by the Taoiseach after he called for developers to pay a windfall tax. And as for a Green policy on local government reform and revenue for same, forget it!

Whatever happened to the promise that fees accompanying observations on planning applications would go or the view that Ireland only needs 2 incinerators? Last year during the Seanád Elections Green Councillors were chaperoned to vote for FF candidates, some of who were the subject of the Mahon Inquiry, lately the Greens seem keen to charge for domestic water in some circumstances.

So where did it all go wrong? Was the hybrid car that Trevor listed as his achievements in office worth all of that? Does the re-introduction of Red Kites, Golden Eagles and protecting the Red Squirrel compensate for being in power when thousand of jobs are lost per week? If it does, then is it of greater value than U-turns on hunting bans. I’m not suggesting Labour would not have introduced conservation measures but we would have at least done something to stop household names like Jacobs, Grove Turkeys, Guinness, Bulmers, Waterford Glass, Erin Foods, Dawn Meats, Wavin, Hibernian Insurance hemorrhage jobs not to mention the other factories whose names are not national brands.

The Green Party still has a chance if they are prepared to stand up to Fianna Fail on issues that really matter such as the economy. Some how I doubt they will, not only has the party re-introduced kites to Ireland they’re flying them almost every day now, still paralysed by power. It seems like the Battle of Rathmines was all in vain. Fianna Fail must be loving this!

While there are many progressive voices in the Green movement both here and abroad, the fact remains that they lack an understanding of society that can only come from a serious historical and daily basis in the lives of ordinary people. That they are kite flying on bringing in water charges shows them up; their belief that water should be rationed by economic power is in direct opposition to our party's belief in water as a universal human right that cannot be abrogated.