The best little Warehouse at Xmas 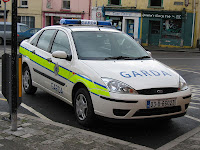 I’ve moved to the view that the best way for the government to manage the banking system in the interest of the economy is to control it. That’s why I’m not surprised at another missed opportunity by this government. Ronán O’Gara could never be a FF supporter because he takes every opportunity going! This crowd of so called independents, Galway tenter’s and veggies have just blown a golden opportunity to shake off the past by putting in place a strategy to fundamentally change the banking industry. 3 months ago they rescued Irish banks that had blown every last shilling on toxic debt.
Essentially the economy was caught high and dry because what has passed for growth in the last 15 years was a building boom in houses and commercial development that was financed off over night borrowings at 2-3% to be paid back over 15 or whenever. If the developer needed more money sure go and get planning permission to build, increase the asset value and back you again for more from the bank.

Buying a house? Forget about saving, your friendly financial institution will give you a 100% mortgage, and a loan for furniture, car and appliances. You’ll need the car to drive 2 hours to work every day!
The reason why our economy has come off the rails so spectacularly is that they couldn’t control the exposure of institutions outside the state to toxic debt. The crisis in credit that resulted finished the Irish party that was already struggling under its own weight. I doubt that the €5.5B for the 3 banks promised tonight will be able to recapitalise the SME sector, but I’d like to be wrong
This government is effectively clueless and is now about to hand cash to one bank that has already hid lending to senior management from shareholders. When the Financial Services Regulator heard he did nothing about it for a year, the Minister never “officially” heard until 2 days before it was revealed in the media. The same bank is 15% owned by Sean Quinn one Ireland’s wealthiest men. Earlier this year Mr Quinn was penalised by the FSR for benefiting

has from a secret loan to Quinn Insuarance so as to facilitate the take over of BUPA a move that merited it a €3M fine. 18 months ago Anglo’s share price was almost €18 now it’s less than 30c The Quinn shareholding in Anglo raises some disturbing questions. How was his purchase of shares in Anglo funded? If the money was borrowed did any of the money come from Anglo? How much do Sean Quinn and his companies owe Anglo? What security does Anglo hold over any money it has lent to Quinn? Quinn’s €1B investment in Anglo is now worth about €35M! 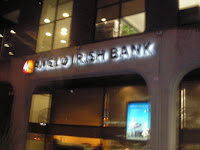 Sean Fitzpatrick effectively created Anglo Irish Bank out of the tiny City of Dublin Bank & Equity Banks about 20 years ago. This bank is the story of Celtic Tiger Ireland. Like our economy it came from nowhere to become temporarily a major player, Like our economy there is something not quite right about how it got into this mess. What makes Anglo Irish different is that it is not a retail bank but a commercial bank heavily exposed to borrowings from developers and builders. With the saturation of the retail sector and the decline in construction the bank has difficulty accessing capital to lend, its customers have a declining asset value with little hope of building it, little cash coming back off its loans and no future. Mr Fitzpatrick used a curious procedure of off balance sheet financial gymnastics to hide money he borrowed from his own bank as CEO. This practise is called Warehousing. It reminds me of Warehouse John, a nickname given by the late Veronica Guerrin to another small businessman who made good John Gilligan. The electorate who are going to inject €1B into Anglo Irish should be told why Warehouse Sean needed to borrow money, whether credit committees in Anglo or INBS knew and if so what did they do and if not why not? What would the significance of the bed and breakfasting of €87M have had on Anglo Irish had it been reported at the time? 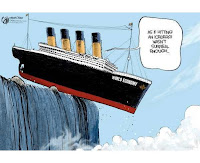 A final thought which perhaps should be the first one, where are the garda? About 4 years ago when the Republican movement robbed the Northern Bank of £26M before Christmas a major investigation took place. So where is the fraud squad, Harcourt St Garda station is about 5 minutes walk from Anglo Irish HQ and perhaps the best thing is for the intervention by the garda. Joan Burton was right when she saID that an inspector should be appointed to investigate what went on before the bank gets as much as a cent
Posted by Unknown at 7:44 PM

"Separately, The Irish Times understands that Mr FitzPatrick moved personal funds from Anglo to Bank of Ireland in advance of the Government's emergency decision in September to guarantee deposits and debts at the Irish-owned banks."

That sounds a bit odd for a Director who was trumpeting to all that would listen that all was well. Has anyone else commented on this?

I begs the question what is going on? I cannot understand why Lenihan feels that as a shareholder the state cannot look for heads on this? Mind you state companies can behave equally appalingly towards shareholders, but my view is that with a strategy in place that will benefit the economy the financial decline could be arrested.
My worry is that the re-capitalisation will benefit those who can shout more for the cash and that SME's won't benefit as much as they thought they would.
The benficiaries of recapitalisation will be FF's builder friends who got us into this mess in the first place.