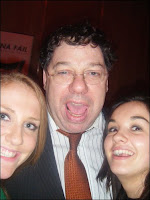 Those are the reassuring words that down through the years associated with an injection. You knew who was in charge and you know you could trust the nurse or doctor. H1N1 is a strain of a flu virus. Flu viruses have the ability to jump the species barrier. They’re often found in poultry, commonly in the Far East but this latest strain is interesting as it has been developing in Mexico in pigs for the last 10 years. There has been sporadic outbreaks of swine flu in the last 30 years. Swine flu is significantly different to the avian flu that dominated the headlines recently. Earlier this year an outbreak in Mexico and California of swine flu killed over 200 people and suddenly the rest of the world woke up. The symptoms of swone flu are similar to other flus and it is difficult to specifically diagnose swine flu without a laboratory test. 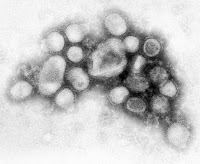 Ireland has been relatively untouched by the swine flu outbreak about our case rate is 20% of the UK total. 6 people have died in the UK. In all fatal cases the flu was a secondary infection to an initial condition. The possibility of large numbers of fatalities from such a pandemic is very low. There is however enormous potential for infection from human to human. Good hygiene, social distancing and strict management of access to pig production units will see little transmission form pigs to humans. Already a vaccine is being developed.

The infection is contagious for the first 5 days of infection but in children it can be contagious for double that. Typically flus peak during the winter months but this pandemic could be spread earlier. For most who’re unfortunate enough to suffer the illness it’ll mean a week off work in the bed and no more. Most cases are mild. Most cases are found in young people, elderly, pregnant women and those already weakened by another illness,
Which makes the decision by the government to spend over €80M on over 7M doses of vaccine to vaccinate the entire country against the virus quite bizarre. Even more curious is the plan to prioritise key decision makers for early vaccination. Even though Cabinet Ministers aren’t young, elderly, pregnant or ill they’re first in line for the jab. 9 months ago the government said they couldn’t afford the €8M to vaccinate young girls against cervical cancer even though 180 cases are diagnosed every year and many can be fatal. Now however the money can be found to vaccinate those key decision makers (i.e ministers who’ve deferred any corrective decisions on the economy until October!) before the rest of usIt used to be the case that key decision makers in the context of life and death used to say women and children first when it came to a seat on a lifeboat. In the modern post boom economy Fianna Fail and the Greens have obviously decided that the pandemic can be best directed from a position of immunity, just as the bankers have been firewalled against the real world the government have gone one step further to ring fence themselves against a viral threat ahead of real vulnerable groups.
Posted by Unknown at 12:28 AM