Deja Vú all over again! 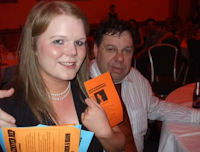 Oh dear, the silly season has arrived once more. I’m certain it’s here as the latest word is that Brian Cowen is to be challenged in the autumn by Brian Lenihan who when he wins is going to call a general election. And if Brian isn’t well enough he’s going to support Mary Hanafin who’ll win and call a general election too. Its not for me to prejudge the Irish electorate but on present form, I’d suggest for any FF leader who’s going to take over and then take us into an election not to go to bed as they’ll likely miss their short time in office.

Its not too long ago that Brian Cowen was winning the accolades that Brian Lenihan now accepts. In the last few days of the Ahern era Cowen’s ratings in the opinion polls were similar to the regard that Lenihan now is now held. Cowen single handedly turned the 2007 election around on the last week-end. There are many FF TD’s who owe their seats to Cowen. The fact that Cowen was complicit in the economic slump is neither there nor there for many FF TD’s. The fact that Brian Lenihan has prolonged the chaos and has thrown good money after bad will not in time be seen as a positive.

Brian Lenihan is now getting the plaudits of the media for what exactly?
· 2 years ago Lenihan promised that as we were first into recession we’d be first out, That forecast was wildly inaccurate.
· Lenihan forecast NAMA will make a small profit over its lifetime, we now know based on the haircuts proposed that it’ll never make a profit
· Lenihan’s bank guarantee scheme bailed out subordinate bondholders sucking cash out of schools, hospitals and the economy
· The jaded old boys network that controlled Irish banking was replaced with…eh… a jaded old boys network that controlled Irish banking!
· Do you know any SME who’s got a loan lately?

I’ve always felt that Lenihan is a triumph of style over substance since I heard him tell an audience in Wexford 2 years ago that things are never as bad as they look and never as good as they seem. Lenihan has deflected the criticism over the lack of regulation to the Financial Regulator. True, the regulator has a responsiblity for what was happening here and we know that the economic collapse was home grown, but what was going on in the Central Bank and more importantly the Department of Finance Summer 2 years ago when they spun a line that banks were doing ok when Lenihan was putting the finishing touches to his re-adjustments? . Cowen's own disastrous tenure as Finance minister was peppered with references to soft landings that we now know to be guff. I once said on local radio in Wexford that it takes 10 years to find out what is going on today in this country. Time will prove me right that Lenihan is no superman when our ountry stagnates under the strain of his ank bail out when other econmies flourish.
My take is how near are we now to recovery? I‘ve concluded that when you take away the hype the answer is; no nearer than 2 years ago. The only chance that FF and the greens now have is if they can point to an economic stabilistion in 2012. The country wouldn't wear another FF unelected Taoiseach until then. Regardless of where we might be at in 2012, the political retribution on a 2nd unelected FF leader posing as Taoiseach may be significantly worse than on Brian Cowen no matter when a General Election is called.

We are at the bottom of the pit and there is no sign that any recovery will happen in the near future. Emigration will see the return of non-national immigrants. The typical image of this sub-group is that they are mostly young, living in rented accommodation, single and mobile. These people will never return. Not too far behind and already going are young Irish people once they see better paid jobs elsewhere although the US and UK seem for different reasons unlikely to be the destinations, unless you want a job building an Olympic Village. These are people with the ability to spend more of their income than people with mortgages which are now climbing while incomes are dropping. When I hear the government talking about stimulating demand and consumer spending, I don’t know where the increase in spending is going to come from.

Lenihan should bare in mind his won maxim of "we're all in this together" and ask if that exteds ot each member of the FF parlaimentary party. More to the point if you believe the polls and I don’t put a huge meas on them as a guide to a final result, who’d want to lead a government for 4 weeks and an opposition for 8 years? Given how the FG move against Enda Kenny colapsed and the derision that the plotters earned, who'd willingly conspire in FF? Explain that one Phoenix!
Posted by Unknown at 3:22 PM