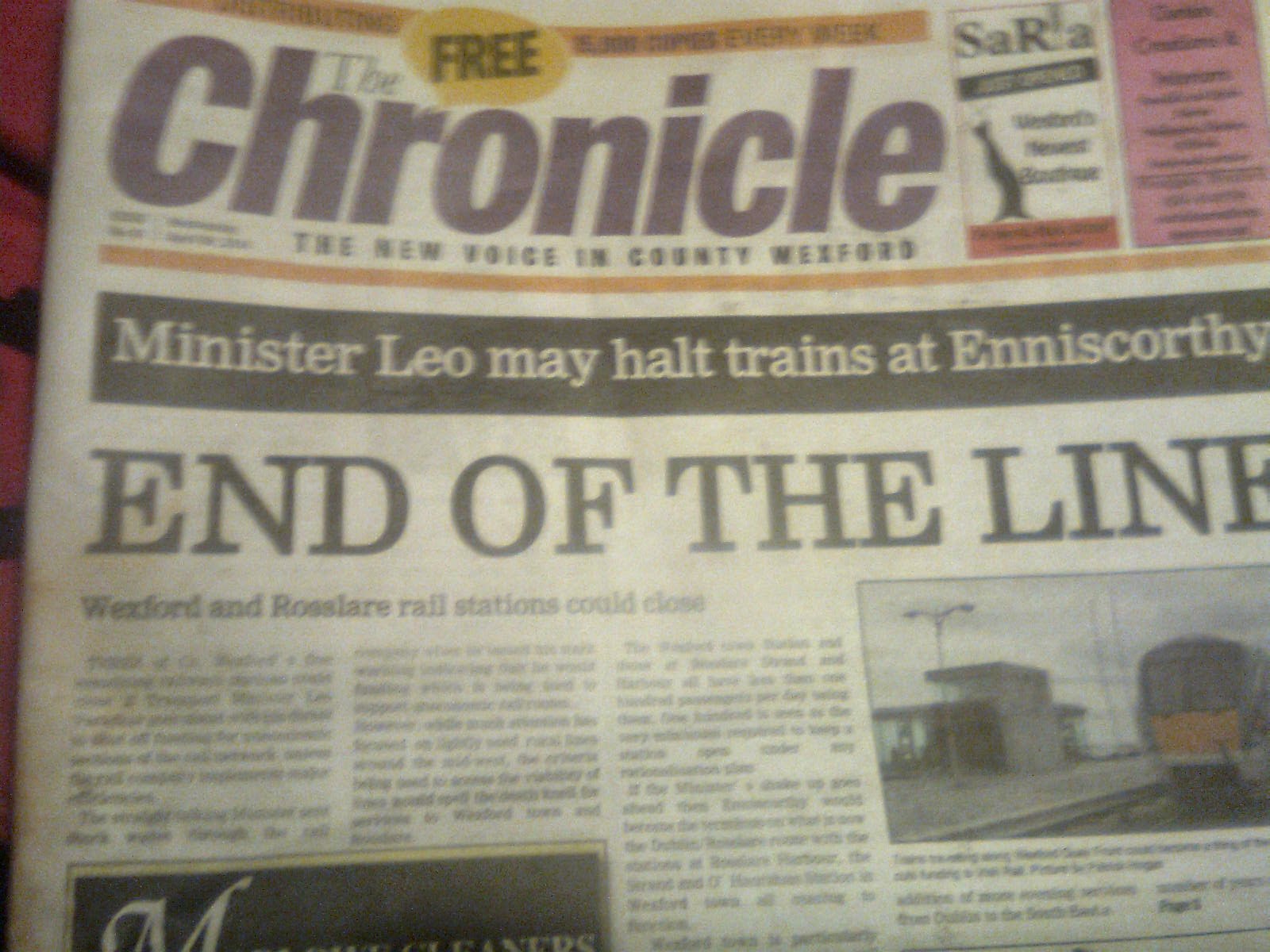 Doesn’t seem like 5 years since I first used this title to get across the mood of a local election, but while times move on the local elections are always about personalities and local issues.  It’s not about changing a government it’s about how your community is run.
Local elections are the food and drink of a local community, none more so than to a local paper.   Elections are often seen not just as a huge potential for extra advertising but also extra sales. While  candidates compete for votes, editors who have been quietly nursing their egos in tandem with the electoral cycle are also shaping up to do battle.  And to tell the truth these men of letters (not that they print too many from their readers) leave many a candidate in the halfpenny place.
The real stars of a low profile local elections campaign so far this year in Wexford have been without a doubt, the local papers, They have been following a clear strategy of ignoring many candidates press releases but simultaneously sending candidates rate cards for advertising.  It used to be the case that a local papers job was to report news  and views.  If you are a councillor you have at least some chance and a profile.  If you are not then tough! Of all the elections I’ve been involved in I’ve rarely seen so little coverage of the candidates.   Is it that if you want publicity for any issue, you can forget it?
Regardless of whether a candidate has good news or bad news you can keep it for yourself unless you are going to pay for an ad. I can count on the fingers of one hand the times in the last 3 months I’ve read anything about a new candidate. My own colleague Bernie Mullen is a case in point. She works hard in Rosslare, has been knocking doors for months but you don’t read about her because somewhere between the reporters keyboards and the paper being set, she seems to disappear.

And it’s not as if there isn’t a shortage of publications. 2 local papers and one free sheet were the staple for many years. Let me declare an interest here, I write a column for one new free sheet “The Weisfjord Newspaper and Advertiser” which launched in December.  Last week 2 were launched; “The Chronicle” owned and managed by Ger Walsh formerly of a local paper and mysteriously on the same day “The Co Wexford Reporter” which looks remarkably like one of the local papers and which is, according to those in the know, a spoiler to undermine “The Chronicle”.  If you think that politicians are the only ones that fall out, think again. It seems us public representatives are only trotting behind the bruised egos in publishing.   As far as I know no new journalist has been taken on by any newspaper so presumably extra productivity or old pictures are delivering the “news”.  One wide of the mark headline already suggests the end of rail services to Wexford,  Not on my watch!

All great for the readers and the letter boxes of the town as election material competes with newspapers for the attention of the few in the town with an interest in current affairs. As one wag on the doorstep said to me; “My dog is having a field day as he waits by the letter box for the next paper for him to drop in for him to chew up”.   As a consequence I’m knocking doors and handing the election material into the voter’s hands.
There is of course the alternative of publishing online.  Is it any wonder that more and more people are going online to get their news first? It gives the reader the chance to find out what is really going on and to get behind the news and even the newspaper itself?  And there is the chance that you just might find out online what some of the candidates at the local election really think!
Posted by Unknown at 11:24 PM