Let the train take the strain 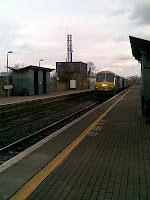 I can accept where the government is coming from when they say that the national roads program will see no new starts in 2010. The logic of not building new roads as demand is now dropping contrasts the argument that building now gives you better value due to reduced costs.

I make these points because a High Court case will soon decide the future of the New Ross bypass. At a price tag that is about €500M I’d imagine that Finance officials may well be hoping that the case will be appealed to Europe whatever the outcome as it would postpone another payment (if at all) and be one less drain on the limited amount of cash. I wonder how a by-pass of a large provincial town can cost so much. Is there a worthwhile benefit to the national economy of cutting a few miles off the journey time to Waterford at a cost in excess of the school building budget? Can a cheaper by-pass be built closer to the town? 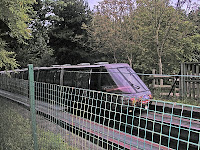 The answer of course to many of our transportation difficulties is right before our eyes. It’s the train. We still have a viable rail network that connects Waterford to Wexford and all the main towns in the region. Where is the commuter service? Last October I put a motion to WBC that we write and ask the CEO of Irish Rail what he intended to do about links to Waterford. Alas the commuter service ended in November and while you can go to Waterford from Wexford in the train we have the farcical situation that you cannot return on the train! The Greens have gone to ground on the matter and the response to my motion read at this weeks WBC meeting did not address the substantive issue of my motion. It seems that they are only interested in public transport in the Dublin area. Outside the pale we don’t matter!
Anyone who needed reminding of the lack of vision need only have watched RTE’s Nationwide this week because all week they featured Ireland’s railways. Friday night’s final piece saw Damien Tiernan on the Rosslare Waterford red-eye special talking to commuters about the service. 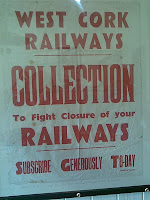 There remains a loyal passenger base. What is needed is extra services on the line. It’s crazy to think that when the commuter train arrives in Waterford it waits a few hours before continuing on to Limerick Junction. When the Western Rail services starts in March it will be possible to go from Wexford to Galway by train. However the journey will take 13 hours, requiring long stopovers at Waterford and Limerick. After all that investment who’s prepared to spend a whole day travelling less than 300 Km when you can comfortably do the same journey in 4 hours by car?
Surely there’d be a better return on the money spent on the Western Rail corridor by integrating the services at Limerick Junction? While the speed restriction on track can’t match that achievable on a motorway, what about the public transport alternative? 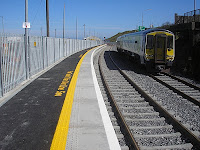 In the short term we need a return service between here and Waterford three times a day and we need promotional fares as well as promtion of the service itself. Few people knew it was there, what business man would establish a service and not promote it? As someone discussing the present government said to me only recently “if only there was a party with a commitment to public transport in power”. We may have to wait however by the time Labour does get into power will the decisions have been taken and will the unsustainable progress of the car have seen off the rail network in the south east?
Posted by Unknown at 5:12 PM