In at the deep end! 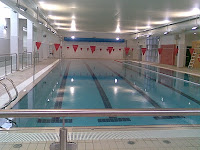 OK lets get the political puns out of the way; out of his depth, swimming with the fishes etc. I’ll suffer them willingly because today was the day that I thought wouldn’t come for a long time. Wexford’s new municipal swimming pool opened on Thursday last so it was my chance to get in and see it for myself. I went over to Ferrybank and was blown away with what I saw.
Its been some time since I was there last. I attended an international life saving competition when I served as Deputy Mayor and the pool was dilapidated, run down and the worse for wear. Few people went to it other than the loyal corps of swimmers ad life savers that we’re lucky to have in Wexford.
As a local authority we lost heavily on the pool and while there are other pools in the town none of them are publicly owned.
The renovation of the pool has been a frequent item on the agenda of Wexford BC and I remember the night that we finally got to see the plans. Tommy Carr asked the question we all wanted answered namely when would it be built and how much would it cost. So about 2 years ago we finally got the go ahead and by the time contracts were signed and brief agreed the old pool was literally on its last legs. Its clapped out boiler frequently gave up the ghost meaning. The accompanying picture gives you an insight into the pool. Low roofed, 1970’s design, inefficient in terms of heating it was a nightmare. 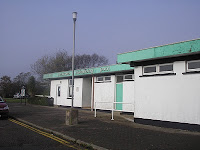 That was then and this is now. The only thing that was retained was the hole in the ground that is the pool itself. The changing rooms (or changing village as its called) are bigger. Everything is bright, lots of glass to let in the light. The staff are friendly and very helpful and why wouldn’t they be sure didn’t I teach one of them? The children’s play ground is back too and before I knew it the whistle was blown and our session was finished. I had a very enjoyable swim. The gym will follow soon. 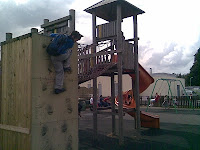 Its not so long ago since an official complained at councillors giving out that councillors rarely affirm or acknowledge council achievements. I hoe that any wrongs on my part are now righted. This is a great example of how the state can make significant changes in communities by investing in social infrastructure.

It hasn’t escaped my notice that this was achieved against a back drop of swimming pools closing down in Dublin . It is hugely positive and is a great boost to the town when the holiday season is starting. Our municipal camp site, the only one left in Ireland is full for the week end and I hear that visitor figures are surpassing those of the last 3 years. The good weather is obviously helping as is the unreliability of air travel. 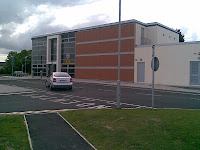 But it also makes a point that isn’t lost on me in the middle of a campaign to keep the south Wexford rail line open, and its this; if the state invests in infrastructure people respond. When the Western Rail Corridor was partially re-opened numbers using the service soared. When the state built a decent swimming pool in Wexford town, the numbers swimming rocketed. The lessons are there for us all, if you want to build communities you invest. Adults €6 children €4, family tickets available soon.