Make me comply but not just yet! 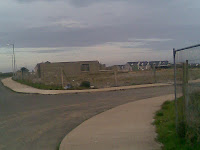 While legislation on one off issues like stag hunting and puppy farms hog the political limelight a more significant piece of legislation is quietly making its way through the Oireachtas. The innocuous sounding Multi Units Development Bill 2009 is the baby of the Minister for Environment and it has enormous potential to benefit people who live in private apartment developments. It deals specifically with management companies.
At present there is no requirement on a local authority to provide for all new developments services like public lighting, maintenance of green areas, drains and roads so the services in an estate or apartment development are often charged on an annual basis to the purchaser. The sums involved are usually about €250 per annum. Many of these management companies are run by family members of the development company and are nice little side earners for precious little. For instance near me there is an estate with about 120 houses where each house owner must pay €350 per annum. That’s €42K per annum. For that sort of money you could employ someone on the average industrial wage on a 40 hour week for a year, pay the ESB bill for public lights and still turn a profit! And if you ignore demands to pay the management company the debt is attached to your property and the new owner will be liable for any debts in that regard. A good solicitor will spot the liability and advise the prospective purchaser of the debt and you’ll find it very difficult to sell if you don’t pay.

FF & latterly PD policy has favoured the developers, auctioneers and speculators in the last 50 years. There’s plenty of evidence in poorly planned developments in every county to support this so its about time that there was some legislation that will regulate the practise and fair play to the minister he’s bringing forward legislation. But there is just one or two problems, the legislation is not retrospective and only applies to developments planned subsequent to the passing of this legislation which is around since 2009. You may say better late than never however the reality is that once the legislation is enacted few will actually benefit given the surplus stock of houses already built and on the market and the likelihood of emigration meaning that house building will never return to the record levels built in the first decade of the century. What is needed to strengthen the legislation is retrospection.

Where planning permissions are granted and remember that an applicant can wait 5 years on a permission before breaking open the ground, the legislation won’t apply. In the context of a developer retaining units to lease, something that is becoming common now as it generates a revenue stream for builders, the builder can retain the right to vote if the management company is run by the owners of property in the estates.
While a developer can now be pursued through circuit court, that court can only impose a fine of up to and about €40K, a drop in the ocean compared to the resources available to the developers. Tom Parlon is definitely earning his keep at the CII.

So a worthwhile idea has been diluted meaning that in theory Ireland has all the appearance of resetting the equilibrium but in fact the delicate balancing act by the government between Builders, Auctioneers and Bankers still continues to the detriment of home owners.
While the tizzy about the ban on stag hunting garnered lots of media attention and conversely impacted on very few, this legislation could have huge impact in terms of improved quality of life for citizens and yet there’s no headlong rush by the minister for publicity or willingness to accept amendments to ensure improvements.
Posted by Unknown at 11:59 PM