I call the US presidential election 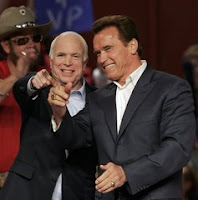 OK I know that I posted about 6 weeks ago giving 10 reasons why McCain would win, there’s been a lot of water under the bridge since and there’s just one reason why Obama can win. Bill Clinton identified it 16 years ago, It’s the economy stupid. I’m also going against my instinct that says never take any election for granted but something tells me its all over for McCain and that it has been for weeks. So it’s time to say where Obama will win the election not why. The US citizen uses a balanced weighting to elect delegates to an electoral college. For McCain to win he’ll have to turn about 5 big states away from Obama and that’s not now going to happen. I believe the following will support Obama; 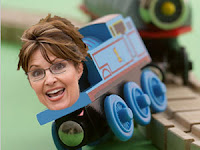 The only state that I think is too close to call is Indiana. Given the Republican tradition and that if racism is to swing it anywhere, Indiana may have enough in the balance to tip McCain’s way. That leaves it as 185 for McCain. A comfortable victory for Barack, significantly beyond what Clinton achieved because Clinton always had the benefit of a strong third party candidate (Perot) to draw votes away from Bush or Dole.

So all it remains for me to do is to save you McCains last speech of the ’08 campaign. A

t about 3.15AM (Irish Time) he‘ll say the following word’s “It’s been a long campaign for Cindi & me, I want to thank all those people who voted for me, supported me and campaigned for me since Iowa. About 10 minutes ago I rang Barack Obama to congratulate him on his victory, I pledge my loyalty to him and ask you the American people to do likewise”.

The senate will go 58-42 in favour of the Democrat with Ted Stevens in Alaska having time to pick up the hockey mom while out on parole, Congress will actually see the Republicans not doing all that badly and that any breaks going they’ll get. Having said that they won’t go any where near a majority. I think Democrats to win here by 250-185.

The election was the easy bit, it’s now the real work starts. Believe me there’s a lot to do judging by W.

I really hope that you're right and that the Bradley effect won't cause problems and that the undecideds veer towards the Obama camp as opposed to the McPalin train wreck.

I'll be up most of the night watching this, although I know that I'll have work the next day. It's the most exciting US election and era defining election that we are likely to see in our lifetime.

Also, if you fancy listening to it on radio I'd suggest going to www.thestreamcenter.com and doing a search for WCBS880.

It's a non stop news station and as a result isn't right leaning as the talk stations.

Hello Brian,
I genuinely think that the US has moved on. It is interesting to note that the states where there is so much support for him the black population is not substantial. I think there is little comparison between California 25 years ago and the boom the west coast was in at the time in comparison to now. The American people are angry

Joe, lets hope you are calling it right. This election is important not only for Americans but also for the rest of the World. Brian summed it up correctly when he called it an "era defining election".