What’s the difference between Ireland and Iceland? 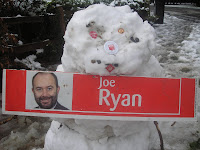 There’s a running joke in business circles to this effect. Set against the backdrop of Wexford being covered in snow, I can see more than the economic parallels however there are key differences, Our currency isn’t under threat, interest rates and inflation are low. As a result what passes for political leadership in Dublin is still in denial as to the real underlying causes in the hole in our government finances.

The Icelanders on the other hand have turned to the Social Democrats to haul themselves out of the mess. They deserve to suceed. Their new PM it seems is a former air hostess, now there’s someone who could perhaps put Michael O’Leary in his box. Perhaps putting someone from a left wing perspective in charge here maybe something that we could do here, after all the people who created the mess are now saying that they have a cunning plan to take us out of it! Their problem is that they have no credibility with the electorate, market sentiment or trade unions.
Later today the government will unveil its plan to cut spending. This will include a unilateral move on either public service pay, pensions or both. 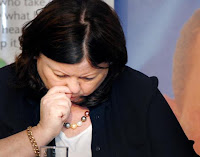 Later we’ll know how many of the government’s kites will take off There’s been a month of media guessing about government plans as Fianna Fail and the Greens float ideas to see how the public respond. This approach failed dismally in the run up to the budget as they assumed no opposition to the change in OAP medical cards. It may well fail again.

Greena Fail have floated cuts in the carers allowance, the Back to School Allowance, Ministers for state, public service pay, pensions, child care supplement and numbers working in the public service, introduction of domestic rates, property taxes, new upper tax bands and domestic water charges. They’re just the ones that come to my mind. To make matters worse for those on low incomes there’s no guarantee that all social welfare rates will be maintained rather the minister is saying is that her budget will be increased.
So what would Labour do that’s different? Well if pay freezes are in fashion why not cap salaries in banks that expect tax payers to bail them out? Why not pass on the full reduction in interest rate to all mortgage holders? Why not guarantee nobody in arrears on their mortgage will be evicted? Why not address the recent Forfas report that shows prices in the republic should be no more than 5% above those in the north? Why not ensure those on low pay do not have a pay cut? You know when you hear business leaders taking about sharing the pain I often wonder where were these people when it came to sharing the profits during the boom? Probably sipping Sancerre on a veranda in the sun!
Well best of luck to the new PM in the land of the midnight sun. I hope Iceland joins the EU, we have a lot in common with them and maybe after a general election we might have more, a Labour Taoiseach?
Posted by Unknown at 11:43 AM

Ithink the answer to your riddle is one letter and three or six months - take your pick. I am incoherent with rage over the pay cuts - they are just that dressed up as pension "adjustments" and as a dreaded public sector worker/sponger (HSE nurse)- depending on one's viewpoint - I haven't even worked out what I will lose but it will be about €250 a month I figure, maybe that's pre-tax as the minister tried to soothingly reassure me on Prime Time tonight, I ain't convinced. Sorry this is a bit all over the shop but I am not in a mood to edit my rants right now. Roll on a general election I echo your sentiments Joe.