Ireland, the DDR of the 21st century. 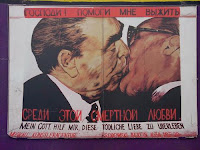 It’s hard to imagine that 20 years have passed since the momentous events of 1989. The collapse of communism in Europe resulted in an entirely different geo-politics to that of the 1980’s. I visited Berlin twice, spending an interesting afternoon in July 1981 in East Berlin. It was how I imagined 1950’s Ireland to be; subliminal repression, nothing for sale and people itching for foreign currency and to get out. Steam trains, few cars and few foreigners were some of my other memories as I smuggled money in through Checkpoint Charlie to buy a few mementoes of Erich Hohnecker’s socialist paradise. 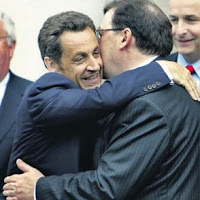 When I toured the Reichstag the guide showed the chamber that was being maintained for the sitting of the united German parliament, whenever that would be. I figured they’d be waiting and that Ireland would be united long before that parliament would meet. Never was I so wrong!

Nobody saw the collapse coming. I don’t credit Reagan or Thatcher with the collapse. Two ideological heavyweights sent communism down; Pope John Paul 2 and Mikhail Gorbachev. We now know that Thatcher opposed the reunification of Germany concerned at how a strong Germany would have more influence on the European and world stage. Gorbachev allowed the system to collapse because he felt it could be improved by reforming it internally in the USSR. What other Warsaw Pact countries did was their own business.
As Brian Cowen heads to Berlin to mark the anniversary he may reflect on how our own system is falling round our ears and the interesting similarities between Ireland now and DDR then. Both states share dysfunctionality. Both countries face economic ruin, parties in power that were past their sell by date, a new “leader” at the helm, cronyism, media parroting the party line, and an establishment deluding itself at its international status. To be fair to Cowen; Hohnecker also had an unsurpassable taste for a police state, a corrupt sports medicine programme and executing natives who wished to leave, all designed to keep him in power. Cowen on the other hand has stayed in power by a deal with the Green Party and the Bankers.
Where the DDR had a wall we have a glass ceiling ensuring that our oligarchies cannot be held to account. Ten months on from raids at Anglo Irish Bank, there’s no sign of charge against those who effectively thrashed the state. DDR cronyism saw Hohnecker’s wife appointed a minister. Disaffection among the people toward the elite and their inability to grasp what was happening meant Hohnecker believed the wall would last 50 year just 9 months before the DDR collapsed. Just as DDR referred anything controversial to Moscow, Cowen defers to the outside influence of the IMF, markets and bond holders. Cowen and Hohnecker never wanted to annoy the powerful outsiders.

Both states failing have been cruelly exposed rapidly during an international state of flux. Internally morale in each state slumped. The DDR lasted 40 years, our republic has survived for double that. Just as Hohnecker’s SED had his pets, Cowen’s FF has Bankers, builders and auctioneers. Hohnecker's state ignored the impact of its environmental destruction in pursuit of a more productive economy. Likewoe Cowen ignored the impact of his indutrial policies on society too.
There is nothing to suggest that Ireland will be any different and that if or more correctly when Eamon Gilmore picks up the pieces after Cowen, he’ll have one hell of a job to rescue this state from an amoral mass that it ha descended into under FF. If the corrupt DDR system can disentegrate could the same happen here?
Posted by Unknown at 11:45 PM

This is true Joe, I find myself only reading The Irish News and The Belfast Telegraph in a desperate attempt to find out what is really happening in the republic. I have given up on RTE altogether, it is just an instrument of IBEC and government propaganda.

What was your attitude to the DDR at the time Joe?

Quite a few of our current leading figures in Irish politics had a very pro eastern block attitude. I know a number actually opposed solidaity in Poland as anti revolutionary.